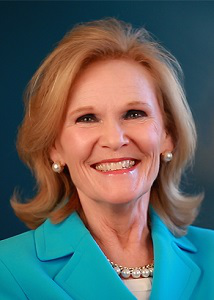 Moreover, early college credit attainment has played a role in efforts to close the state’s achievement gap for low-income and minority students, while also having the potential to annually save Indiana $62 million and its students a total of nearly $69 million in tuition costs over the course of their postsecondary education.

Over the last four years, the number of Indiana students enrolled in AP or dual credit courses rose to 62 percent, a 15 percentage point increase.

One of the biggest factors driving this increase in AP and dual credit course enrollment is collaboration between the commission and the state’s high schools and postsecondary institutions to spread awareness about early college credit opportunities, Lubbers said, noting that spreading awareness is still a challenge, however.

In addition, “Indiana is unique in that we are one of the few states to require every high school to offer at least two dual credit courses,” Lubbers said. “These opportunities are available for all students … For the first time, we see students seeking out more dual credit opportunities because their older sibling, cousin or neighbor had such a good experience.”

-Forty-seven percent of Indiana’s dual credit earners met benchmarks for early college success (no remediation, persistence to the second year and completion of all credits attempted). This is in contrast to the 26 percent of no pre-college credit students who achieved similar benchmarks;

-Black and Hispanic students who earn dual credit are more than twice as likely to graduate on time compared to minority peers with no dual credit;

-Since 2012, dual credit earning rates have increased by double digits for students from all racial, ethnic and socioeconomic backgrounds. Taking dual credit can save Indiana’s low-income students an average of $18.7 million over the course their postsecondary education, according to the commission.

Given the outcomes from earning early college credit, particularly for low-income and minority students, the commission will hone in on efforts to increase statewide dual credit participation and exposure to college coursework in high school in accord with a 2013 resolution to close the state’s achievement gap by 2025.

“We know that one-third of all dual credit earners are low-income students,” Lubbers said. “This new data will be incredibly helpful as we continue to think strategically about how to encourage our low-income and minority students to take advantage of the opportunity to earn college credit in high school at no cost.”

Currently, the state’s 21st Century Scholars program – an early promise program that provides support for college and career success and up to four years of tuition to low-income high school students – is aiding in improving students’ success and educational attainment rates in the state.

“By every measure, 21st Century Scholars are outpacing their low-income peers,” Lubbers said, “and I believe the program is our key to ultimately closing the achievement gap.”