Dr. Tommy J. Curry is Leaving the U.S. to Establish Black Male Studies in the UK

Dr. Tommy J. Curry—arguably one of the nation’s most prolific philosophers of race, whose research focuses on the Black male experience— is leaving the United States to become the Chair of Africana Philosophy and Black Male Studies at the University of Edinburgh.

Curry, 39, who currently holds a full, tenured professorship in the Department of Philosophy at Texas A&M University  is an expert on Critical Race Theory, Africana Philosophy, Black Male Studies and Social Political Thought and was recognized by Diverse as a 2018 Emerging Scholar.

“The political climate in the United States has made the study of racism a dangerous option for Black scholars,” said Curry, in an interview with Diverse. “Identifying the violence of White supremacy has now become equated to anti-Whiteness. In Europe, there is an effort to understand the Black experience, particularly the Black male experience.”

In announcing Curry’s appointment, Dr. Holly Branigan, head of the School of Philosophy, Psychology and Language Sciences at the University of Edinburgh said that the hiring of Curry amounted to a real game changer for the institution founded in 1582. 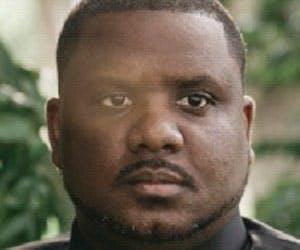 “The philosophy of race is still an emerging discipline in the UK. Professor Curry’s appointment is a real step change and statement of intent,” said Branigan. “His world-class scholarship will make Edinburgh a destination for students wishing to study a subject that is incredibly pressing and relevant for society.”

Curry, who is the author of The Man-Not: Race, Class, Genre, and the Dilemmas of Black Manhood, has been the target of White supremacists and the alt-right, but has also been the subject of harsh critiques from Black feminists who question why he focuses much of his scholarship on the plight of Black males. Some have also taken issue with his research that focuses on Black female perpetuators of child abuse, rape and intimate partner violence.

“In the U.S., Black males are usually theorized as pathological and defective by gender theorists in the liberal arts,” said Curry. “Black male studies attempts to theorize Black males from the empirical work on Black men showing them to be the most gender progressive and community oriented individuals in the Black community, as well as the most involved fathers. There is a resistance to understanding Black men beyond the caricatures of them as violent, abusive toward women, and rapists within academic disciplines. Institutions and audiences outside the United States have been much more interested in rethinking their relationships to racialized men generally, and Black men specifically given my research.”

Despite his stellar credentials, including winning the American Book Award for The Man-Not, Curry said that when he decided he wanted to leave Texas A&M University, he found it difficult to secure a teaching job at another institution in the U.S. He said that his scholarship has been unfairly branded by some as anti-Black feminist.

Although he eventually was in the running for various chair and director positions at major research institutions across the U.S., he said that Edinburgh was the right fit for both his research in Critical Race Theory and Black male studies.

“Black scholars deserve to have their research and their intellectual efforts taken seriously,” said Curry. “In a world where Black faculty are being intimidated into silence or censoring their work so they are not targeted, other world class institutions not influenced by donors, Republican legislatures, and alt-right tactics are a possible audience and market for Black thinkers that currently reside in the U.S.”

Once he arrives at Edinburgh in July, Curry said that he hopes to establish an institute dedicated to the study or racism and sexual, political and economic violence in the Global South. This work corresponds to his growing research in the history and use of sexual violence and rape against racialized men and boys under “racially repressive regimes.”

Curry said that he is excited about situating his research at a world class university that has indicated an “openness to cutting edge research in racism and violence against racialized males that surpassed that of the institutions in the United States.”

“I think some people like the idea of me being run out of the United States, rather than looking at the move to Scotland as a professional decision that would allow me to develop Black male studies and Africana philosophy without the limitations many Black faculty around the country have described over the last several years under Trump,” he said.