Tiffany Pennamon
Mar 5, 2019
ROCKVILLE, MD — Until Americans care about all children in addition to their own, the country will continue to have “massive inequalities.” 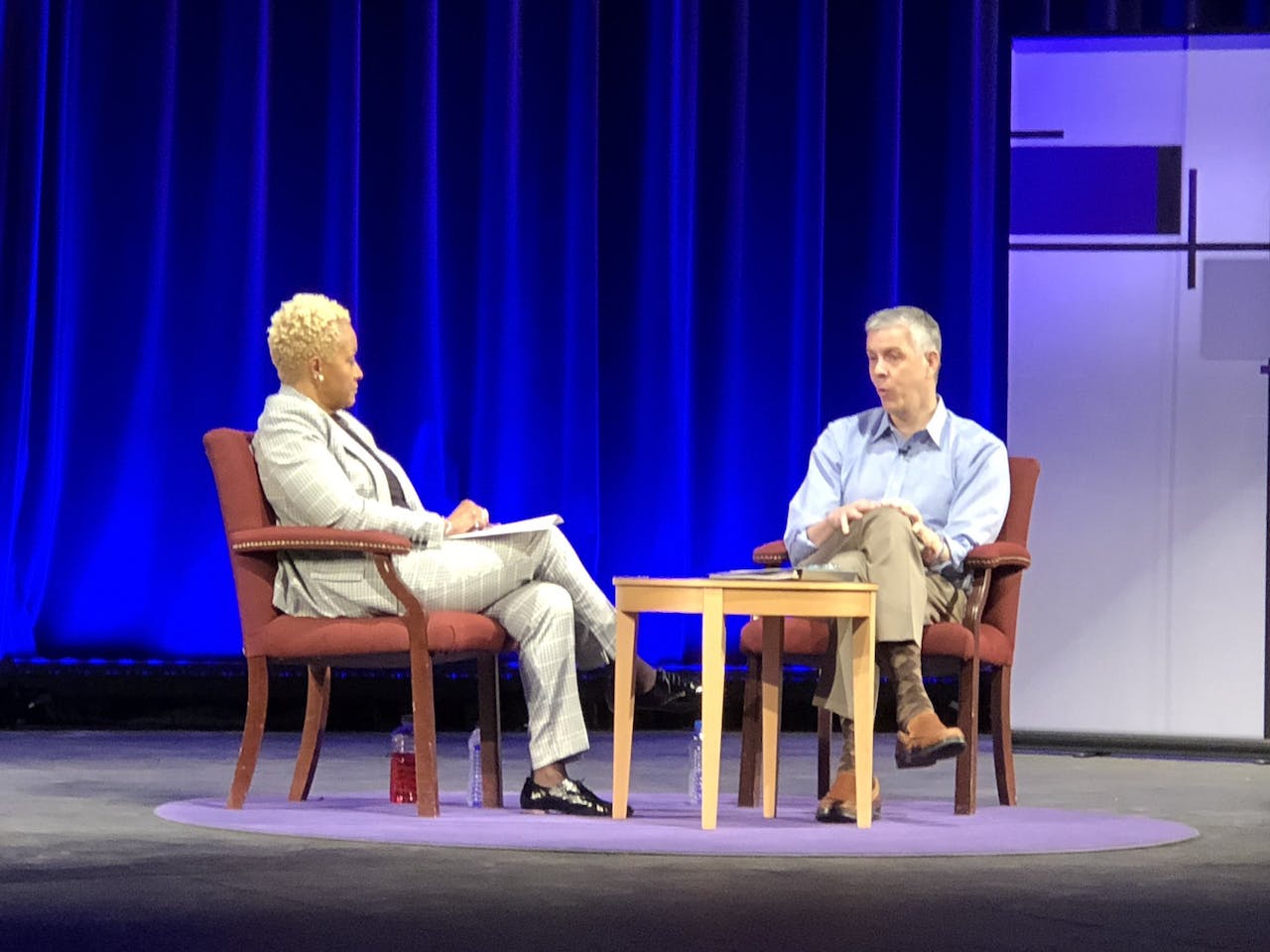 That was the overarching message former U.S. Secretary of Education Arne Duncan shared with an audience of students, faculty and community members during the “Politics of Radical Inclusion Presidential Dialogue Series” hosted by Montgomery College president Dr. DeRionne Pollard on Tuesday.

“Education should be the great equalizer,” said Duncan, who is currently managing partner at Emerson Collective, an organization committed to removing barriers to opportunity for youth. “In some places it is, but in others, it exacerbates the divide between the haves and the have nots. Unless we take this much more seriously … we will have a caste system. That’s a huge challenge to democracy.”

Throughout the conversation, Pollard drew from Duncan’s latest book, How Schools Work: An Inside Account of Failure and Success from One of the Nation’s Longest-serving Secretaries of Education, to point out challenges the nation has to address in order to create a more inclusive and equitable education system.

Among those challenges is the underfunding of schools in less affluent communities, which leads to less educational opportunities for those students. In addition, a lack of significant investment in teachers and the teaching profession caused the leaders concern.

“We say teaching is a profession, we say teachers are professionals … but we don’t train them like that [and] we don’t reward them,” Duncan said, adding that the nation must ensure that students who need the best principals and teachers have them.

Duncan asked the audience to consider the impact of having one or even three competent teachers who set high expectations and make a difference in the life of a student.

“If we were really, really serious, we would elevate the profession,” Duncan urged. “Often in our country, we don’t believe that Black and brown kids or poor kids can be successful. That inherent bias or racism or low expectations, or whatever you want to call it, prevents us from doing what the right thing is for those kids.”

And as some people critique the value and relevance of a postsecondary education, particularly, Duncan pointed to the free college model in Tennessee as an opportunity for other states to provide both educational opportunities and technical skills to students dependent on their passions and interests.

He said the question for education leaders today is if they are equipping young people to solve problems, think critically and be comfortable working with others.

“If they don’t have those traits,” he said, “they’re going to struggle in this changing economy.”