WASHINGTON – As Congress takes up myriad issues relevant to the upcoming reauthorization of the Higher Education Act, it’s an ideal time to examine how Promise scholarship programs can inform the discussion, according to those who study and implement such programs.

Experts weighed in Friday at “College Promise: Supporting Students in College Access and Success,” a forum on Capitol Hill presented by the nonpartisan organizations American Youth Policy Forum and MDRC. 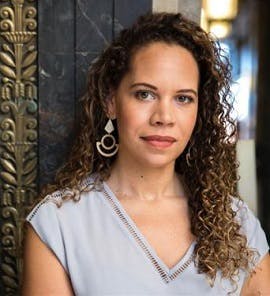 There are more than 300 local and state Promise programs across the nation, and the number is rising. Some data suggest that while they tend to improve access to higher education – especially for low-income, minority and first-generation students – more is needed to help those students persist and close graduation disparity gaps.

The campaign, which examines how Promise programs function and is tracking more than 100 studies, hopes to identify programmatic designs, funding mechanisms and impacts that can enhance efforts everywhere.

“We’re not educating enough minority and low-income students,” said Kanter, a senior fellow at New York University’s Steinhardt Institute for Higher Education Policy and a former community college district chancellor in California and U.S. under secretary of education. “All the groups are rising, but the equity gaps aren’t closing fast enough.”

A successful Promise program, she said, should be place-based, evidence- and performance-based, financially sustainable and have guaranteed college support, a robust infrastructure and cross-sector sustainable leadership.

Kanter noted that some programs and schools have been creative in providing wrap-around services that help Promise students stay in school and get their degrees, including food pantries and bus passes to help address common problems such as food and transportation insecurities.

“We’re interested in promoting and scaling what works,” she said.

There is evidence that Promise students, particularly first-generation, who receive regular, dedicated support and motivation from a caring adult are more likely to remain in school and graduate.

“The take-away is if you have an idea and you have some folks really committed to supporting it, you ought to give it a try,” said Rodriguez, who worked at Detroit Promise before becoming director of children and youth services in the Detroit mayor’s office. “The success part of this conversation is not secondary. Success and access are one and the same when you talk about Promise.”

The program is succeeding because it has the support of the broader community behind it with the dedication and collaboration to provide whatever students need to succeed, she said.

“Everybody is invested in its success,” said Rodriguez. “The entire process has to be student-centric.”

Ratledge pointed out that within three years after beginning to matriculate toward earning an associate’s degree, only 14 percent of those students graduate while 42 percent have dropped out.

The problem is particularly acute among students who already are underrepresented on campuses, she said, citing the top reasons for dropping out as academic challenges, financial and institutional barriers, work-life-school balance and lack of college know-how.

Those facts buttressed the point made by other panelists that while Promise programs help students access and afford college, more structured supports are needed to help students keep going and graduate.

CPSI works closely with schools and other institutions to bolster the success of low-income students, and Ratledge said a study of nearly 1,300 community college students participating in Detroit Promise found that students who received support beyond the Promise scholarship persevered better and were twice as likely to complete a full-time course load in the first year, a strong indicator of likeliness to graduate.

About two-thirds of the study sample, enrolled in the Detroit Promise Path initiative, were given the campus coaching and a $50 monthly stipend for attending coaching meetings as directed. They showed greater perseverance toward a degree than the study subjects not given the coaching and financial incentive.

Responding to the panelists, Congressional staff members Katie Berger and Alex Ricci on the House Committee on Education and Labor indicated that legislators are committed to support for college access, affordability, equity and success beyond federal funding.

Berger, a staff member for Democrats under chairman Bobby Scott, cited numerous related issues that federal policy can help address as HEA reauthorization is negotiated, among them outcome disparities, Pell grant strengthening and attention to state disinvestment in higher education.