Study Examines Stereotypes of Biracial Groups in US

Although the fastest-growing youth demographic in the U.S. is biracial individuals, there is little research documenting the stereotypes that exist.

“Not Quite Monoracial: Biracial Stereotypes Explored,” published this week by Northwestern University, examines the under-explored topic of stereotypes attributed to various biracial groups. 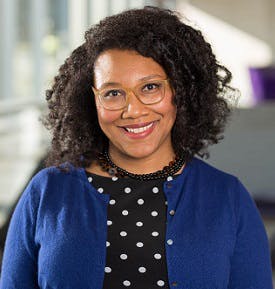 Dr. Sylvia Perry, co-lead author of the study and assistant professor of psychology in the Weinberg College of Arts and Sciences at Northwestern, said many models about stereotyping and prejudice were developed around monoracial groups.

This is based in history, as many biracial or multi-racial people have self-identified as Black. The increase in people identifying as multi-racial or biracial, as well as an increase in interracial relationships, has invited closer examination.

“For us, this is a hole in the literature on people’s perceptions on this growing group,” said Perry. “Now that there is greater representation in the world, it would be interesting to further understand the potential differences between how people perceive monoracial individuals compared to biracial individuals.

“Social psychologists try to think about what is currently going on in the world and what might be most relevant to people’s day-to-day experiences,” she added.

The investigators wanted to discern whether biracial stereotypes align with or diverge from monoracial stereotypes. They also examined the extent to which having personal contact with biracial individuals is related to how they are stereotyped.

One finding was that while Black/White biracial individuals are often categorized as Black, they generally don’t carry the stereotypes placed on Black people.

Perry said stereotypes for biracial people may be completely different from ones people have about White people and Black people. Somewhat surprising to the researchers was that there was little evidence for trait hypodescent, which is assigning traits of the group historically perceived to have lower status.

Prior research used face perception, which this study did not.

“When we had people endorse these stereotypes or we used open-ended prompts to say, ‘What stereotypes do you think there are about these groups?’ we found that people did not tend to endorse stereotypes, for example, for Black/White individuals, that were more consistent with Black monoracial people relative to White monoracial people,” Perry said. “They tended to attribute stereotypes that fell equally into each group.”

The investigators found several unique stereotypes for biracial people. The two most common stereotypes attributed across all of the groups was the idea of not fitting in or belonging and also the idea that biracial people are attractive or beautiful.

Although not consistent across all the groups, Perry said another interesting finding was assumptions about the parents of biracial individuals. She said future research will examine how the race of each parent can potentially shape the stereotype that people make about biracial individuals.

Historically, the two largest groups of biracial people have been Black/White and Asian/White. This study tested stereotypes about biracial people in general and then specifically.

“We did find that when we said, ‘What are the stereotypes about a biracial person?’ they tended to more strongly connect the stereotype to Black/White biracial people,” said Perry. “It suggests that if you just tell people to think about somebody who’s biracial, the person who comes to mind is a person who is Black/White.”

Perry anticipates that may shift over time because Hispanic/White is the fastest-growing biracial group. In future research, she wants to examine whether hypodescent traits differ if people look at faces versus just being asked to think about biracial groups.

Perry said there are more questions to explore. This study population was a majority-White sample, and she wants to inquire about the stereotype perceptions of non-White individuals. In hypodescent research, there is evidence suggesting that racial minorities may not make the same judgments that White people make.

The authors have tried to explore how different stereotypes might form as social groups increase in numbers and people are more likely to come into contact with them.

“Research examining how increasing diversity or shifting diversity around various social groups is an important direction that our field is trying to move in and thinking about how this shifting might shape a number of different behaviors,” Perry said. “Not just perceptions of other people, but things like voting behavior and what social issues become more important and relevant.”