When Dr. Dorothy Leland returned to her native California in 2011, she was stepping into the unknown. While the state was familiar and she had experience running an institution of higher education before, she had not previously been part of developing a university from the ground up.

At the time when the UC Board of Regents named Leland chancellor of UC Merced, the university was just six years old. It was the first new UC campus in 40 years and the first research university built in the historically underserved San Joaquin Valley. 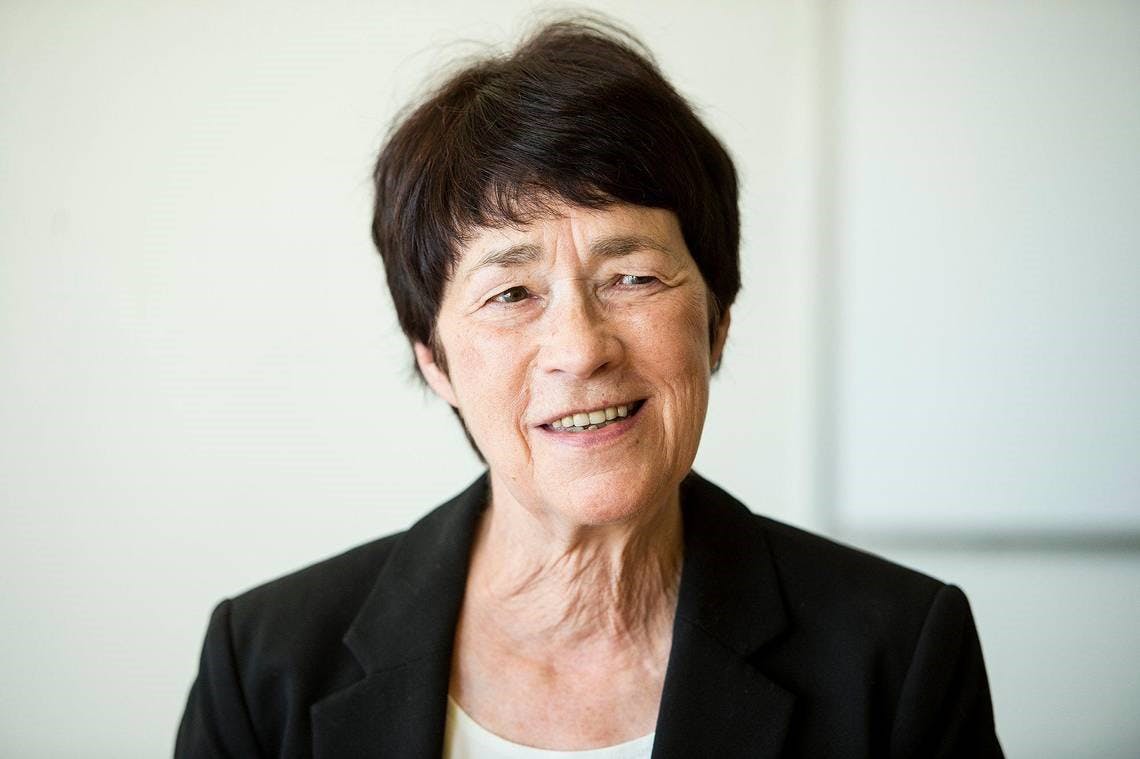 “How many people ever get an opportunity to build a new University of California campus and, even more importantly, to build a new university campus to serve the emerging and future demographics of the state of California,” says Leland, who recently stepped down from her post this summer. “Most of our students are low income, first-generation and underrepresented minorities. Helping to grow a campus as a future star research university serving the students that we do was something I couldn’t resist.”

Leland, who spent seven years as president of Georgia College & State University, describes her eight years at UC Merced as the most extraordinary of her career. In crafting the institutional identity, Leland worked with faculty, staff and students.

“Community is very important to [the students] and they have helped build the UC Merced campus with a real community feel,” Leland says.

As she settled in, Leland’s long-term vision for the university took shape as she explored the greatest needs. There was a recession and she faced resistance from skeptics who questioned whether such an institution was even necessary.

Undaunted, Leland recruited “extraordinary faculty” from top research universities — 134 to date — and she saw to it that students were engaged in undergraduate research. In 2016, UC Merced was designated R2, the second-highest classification for American research universities.

“One of our greatest needs was space; we were space-starved,” notes Leland. Early on, class schedules lasted until almost midnight because there weren’t enough classrooms. Leland was determined to build all kinds of new spaces — from research labs to residence halls.

Leland developed a capital campaign, dubbed Merced 2020, to fund the doubling of Merced’s campus with new classrooms, labs (including a Biosafety Level 3 lab to study infectious diseases) and athletic facilities. Merced 2020 is a public-private partnership that has enabled UC Merced to grow and develop in a cost-effective manner by leveraging private sector expertise.

Over the past eight years, enrollment has increased by more than 4,000 students, much of which has been fueled by word of mouth, Leland says.

“We’ve become known in school districts as a campus where students like ours can thrive,” Leland says. “Graduate students come to study with specific faculty. I set a stretch goal of by about 2022 having 10 percent of our student population being graduate students. That goal correlates with over the last five or six years making a significant number of new faculty hires that come from the best research universities across the nation and sometimes internationally.”

She has searched for not only research stars, but faculty members who want to teach and support UC Merced’s diverse student population and engage undergraduate students in research.

“[In UC] we are second only to Berkeley in the percent of our undergraduates who go on to get academic Ph.D.s,” says Leland. “That undergraduate research experience turns out to be very important … in the long term in diversifying the professoriate.”

In addition to the impact on students and their families, UC Merced has raised economic local prosperity.

“During the recession Merced was chronically on the top 10 of communities in the nation severely affected,” Leland says. “The fact that UC Merced was there growing, hiring, bringing new people in and spending money locally, helped the community through that recession. Although there is still a gap in unemployment and in wages, we’re much closer to the state average.”

UC Merced has approximately 600 undocumented students, and Leland has been a proponent for the Deferred Action for Childhood Arrivals (DACA) program.

Leland’s goal is to see the diversity of faculty and staff match student diversity. In mid-July, she issued an official diversity statement to the campus community: “Diversity fosters our ability to thrive in a complex world and affirms that a diverse campus furthers our mission to create, interpret, and disseminate knowledge and values.”

With that, Leland announced the appointment of the university’s first chief diversity officer, Dania Matos, who will be associate chancellor.

After retiring as chancellor on August 15, Leland will spend the next year chairing the Merced 2020 Governance Board, seeing the project to successful completion.

“We will have completed a really important stage of campus development,” says Leland, who plans to move to the Bay Area and teach at UC Berkeley. “The next chancellor has a wonderful opportunity to work with the campus community to plan the next phase of growth and development in all aspects.”