Yvania Garcia-Pusateri has engaged in higher education diversity work for over a decade. But the former executive director of multicultural programs at Missouri State University just transitioned to a new role in K-12 education, serving as the first chief equity and diversity officer for Springfield Public Schools, Missouri’s largest school district. 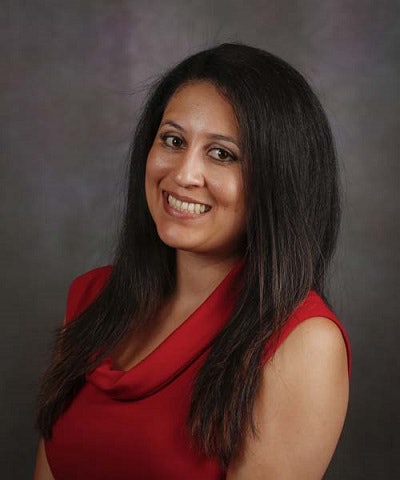 “The leadership and expertise that she brings to this new role will be critical to building learning and working environments that are more inclusive for all, while also bridging the achievement gap for our under-resourced and under-represented students,” Dr. John Jungmann, superintendent of Springfield Public Schools, said in a statement. “Yvania will have full support from our system as she leads this important work.”

In addition to her new role, she’s currently pursuing her doctorate in educational leadership at Miami University, which she hopes to finish in the fall. Her dissertation focuses on how Latinx students navigate campus life.

Garcia-Pusateri grew up the daughter of immigrant parents in Los Angeles and is the oldest of five children. She was the first in her family to go to college, and her education meant a lot to her parents.

“Their dreams were put on me,” she said.

But going to college meant “kind of navigating my own education,” she added. Even though her parents were “great support,” her family couldn’t help her pick classes or a major or tell her what to expect from her new life on campus.

“Education just kind of fell in my lap because it was a value to my parents and my family,” she said. “And it became this passion.”

Garcia-Pusateri was drawn to diversity work in part because she knows what it’s like to be a minority student.

Aside from the occasional Spanish teacher, Garcia-Pusateri didn’t see teachers of color until college, and she didn’t have a Latina instructor until graduate school. It’s something she remembers as she shifts her focus to K-12 education.

“I didn’t have people who looked like me in these types of positions,” she said. “This is a personal thing for me. Doing this work is making sure that students like me and other diverse students have someone who looks like them in their corner.”

Garcia-Pusateri’s transition from higher education to Springfield Public Schools will come with some changes. It’s a younger population with different needs. But she thinks her past experience prepared her, she said, and she looks forward to having a “bigger role in the community” in her new position.

Her first step as chief equity and diversity officer will be “meeting with as many people as possible,” she said.

She wants to talk with community leaders from diverse backgrounds and focus on “understanding the historical perspective they have with the district” to “strengthen those relationships,” she said. She also hopes to help the district in “understanding students’ lived experiences” so it can continue to ensure that “student success is for all our students,” she added.

Her goal is to eventually create a long-term strategic diversity plan for the school district, incorporating feedback from her conversations with teachers, students and administrators.

“She’s very much committed to engaging students as well as teachers and counselors in an effort to promote a cultural consciousness,” said Pratt. “I think she’s exactly what Springfield Public Schools need at this time.”

Pratt himself is a product of Springfield Public Schools and said that the school district should be commended for recognizing the importance of hiring a diversity professional, given education’s shifting demographics.

Garcia-Pusateri’s position has “been a long time coming,” Pratt said. “But it’s definitely a good move.”