The Assault on American Excellence, a new book written by the former dean of Yale Law School has sparked controversy and reignited discussion about diversity and free speech on Yale University’s campus.

Anthony Kronman’s idea for the book had been formulating in his head for years. However, he said that he was eventually provoked into writing it after racial protests erupted at the Ivy League school in 2015  amid the renaming of Calhoun College.

“They were the local irritant that prompted me to go to my computer and try to get out of my head and on to the page what I had been thinking about for a while,” said Kronman, who is currently the Sterling Professor of Law at Yale Law School. 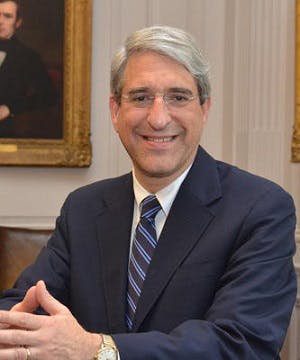 The college was named after John C. Calhoun, a former vice president and Yale alum who advocated for slavery and who embraced White supremacist ideologies.

As a result of student protests, the school was renamed in honor of U.S. Navy Admiral, computer scientist and Yale alumna Dr. Grace Murray Hopper. However, other depictions of Calhoun have remained on campus including statues of him.

In his book, Kronman compares current campus debates to the history of American values. He argues that “to graduate as good citizens, college students have to be tested in a system that isn’t wholly focused on being good to them.”

He heavily takes aim at Salovey’s handling of the Calhoun protests and sharply disagrees with the university’s decision to change the title “master of college” to “head of college.”

Salovey has yet to read Kronman’s book or respond to his criticisms but said that he “looks forward to doing so and values public discourse on a topic that is so important to higher education and our society.”

In his book, Kronman goes to great lengths to highlight the idea of excellency.

“I don’t think excellence takes a single shape or form in human life,” said Kronman in an interview with Diverse. “I don’t think any reasonable person could say such a thing. It would be ridiculous. But I do believe there is a family of qualities, attributes, character traits, describe them as you wish, that are of immense value in the effort, which all of us are engaged, to lead as full, rich and meaningful of a life as much as we can.”

He argues that “democratic equality” is one of the biggest threats on college campuses ideas.

Since the release of the book, Kronman’s ideas have been heavily criticized. 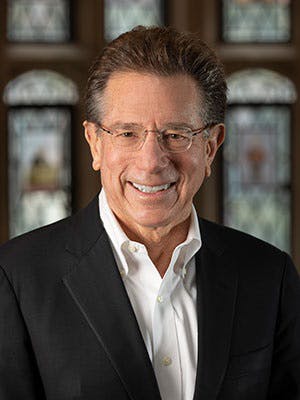 “Reading the book left me with a sense of sadness that someone who has been at Yale for so long as a student, faculty member, parent and administrative leader could develop such a cynical and distorted understanding of the intellectual and political commitments of Yale students,” Dr. Daniel HoSang, professor of ethnicity, race and migration told the Yale Daily News. “The students I work with are far more analytically agile, sophisticated and open-minded in their approaches to new ideas and arguments than anything this book offers.”

When asked about diversity on campus, Kronman said he celebrates it.

However, he said that he does not like the tendency to equate diversity of viewpoint, outlook and experience with diversity of race, ethnicity and gender.

“It puts a blanket on the spirit of independent mindedness which is the oxygen that the students in our schools need in order to be able to breathe,” he said. “It stifles the free spirited inquiry into all of the important challenging questions of life that our schools should be devoted to.”

In response to the widespread criticism, Kronman wrote an editorial for the Wall Street Journal defending his beliefs. Kronman said that he recognizes that his words in the book were provocative which allowed for the backlash.

“My hope is that the conversation the book will spark is one that can be conducted in the light of day, in the open, in the public square, with a minimum of lanker and bitterness,” Kronman said. “And those on both sides of the debate can acknowledge in good faith that their opponents have thoughtful, reasoned, passionately held views on the matter. It doesn’t mean we are all going to agree and that is okay.”