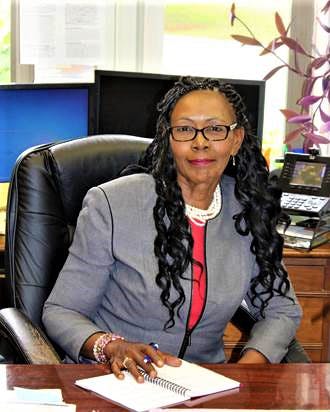 Getting in the groove with the rigors of college classes, managing newfound freedoms and relationships and jostling to fit into campus life are among the rites of passage for most freshmen. At Fort Valley State University in Georgia, these experiences were no different for Jacqueline L. Caskey-James.

They were also among the lessons she and her classmates at the historically Black institution struggled to learn if they were going to make it academically — and be well mentally, in the process.

“People were struggling with so many issues and behaviors, but we just didn’t talk about them. We didn’t know how,” she says.

That was in 1979, when Caskey-James was a first-time college student and mental illness was real to most, but hushed, even if what ailed you didn’t have a diagnosis or there was no one to help a young, Black person cope. The events of four decades ago sound like yesterday when Caskey-James tells how she and her friends watched day after day as their roommate crumbled and broke under the weight of college. They didn’t know how to help her, or what triggered her constant crying.

“In those days, we had a dorm mother who would sit and talk to her as she cried and cried and cried. The dorm mother would give her hugs and love on her, but that wasn’t enough,” says Caskey-James of the roommate who eventually slipped away from school and out of their lives.

The student never returned to campus. Decades later, they learned that their roommate had committed suicide, which is now the second-leading cause of death among college students.

Today, Caskey-James, Fort Valley State’s director of Student Health and Counseling since 2010, says that roommate likely suffered from chronic sadness and depression that accompanied her to college like her trunk. She knows now that there were indicators, but no one to diagnose and treat them.

Now, Caskey-James, the professional mental health counselor and often the first line of response to a wave of students in need of support, would do for that roommate what she does every day — comfort and cradle her like a caring dorm mother, get her to the campus in­ infirmary, contact her parents, deliver mental health counseling, connect her to treatment, sit bedside, see her through a crisis and more.

In 2019, the National Center for Education Statistics projects 19.9 million students will attend colleges and universities. With that comes an increase in the number of young adults with mental health issues. Making their way to campus with their load of boxes and books, new bedspreads and mini fridges, first-time college students are at a uniquely vulnerable stage in their lives. Most will be uprooting themselves from the familiar — family, friends and support systems — and doing so at a time when many mental illnesses first appear, says Annelle B. Primm, M.D., MPH, former deputy medical director of the American Psychiatric Association and the senior medical adviser to the Steve Fund, a foundation that supports the mental health and emotional well-being of college students of color. Mental illnesses that begin by age 24, during the college years, Primm adds, account for 75 percent of all lifetime cases of the disease.

Reflecting on her own college experience, Caskey-James adds: “Some of the same kinds of behaviors that our students are experiencing today were happening when I was a student here. We just kept quiet about them,” even when the pressure and fear that came with being the first person in the family to go to college overwhelmed and worrying about making the grade and making ends meet kept you up at night. Primm says these are the kinds of stressors, situations and behaviors that can contribute to a host of psychological and physical ailments in students.

Stress-related anxiety and depression rank as the most common mental health concerns of today’s college students, according to the latest annual reports by the Center for Collegiate Mental Health (CCMH) at Pennsylvania State University. When surveyed by the American Council of Education, college presidents said they are also aware that their students are facing anxiety (84 percent) and depression (83 percent).

While these latest reports, and others published in recent years, sound an alarm about the mental health crisis that exists at U.S. colleges and universities, findings from the Steve Fund suggest that African-American college students, especially those in their first year, may be most at risk. Here’s why: “They are more likely than their White peers to report feeling overwhelmed most or all of the time during their first term (51 percent vs. 40 percent).” 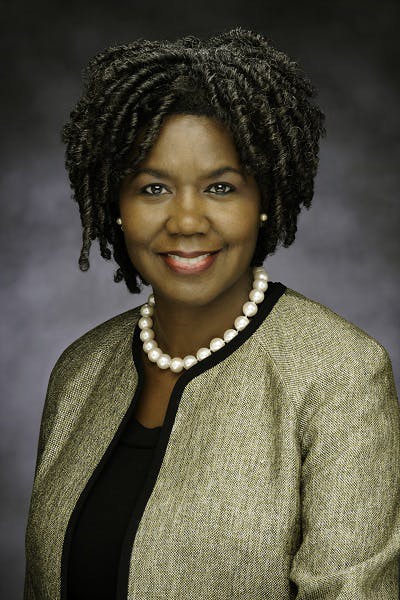 Stigma and a cultural mistrust of mental health professionals who lack cultural competence are among the barriers to mental health care. But there are consequences. Primm adds: “Coping with an untreated mental illness can affect a student’s social experience and academic performance. And for students of color, there’s often more under the surface working against them.”

The fight against stigma

Students who are seeking mental health services are finding campus counseling centers straining to meet their demand. On most campuses, these are facilities that need to have the ability to “treat” as much as counsel.

Penn State’s CCMH reports found that students’ use of counseling centers rose an average of 30-40 percent from fall of 2009 to spring 2015, even though enrollment increased by just 5 percent during that time.

Like the rest of the nation, it’s been tough for Fort Valley State to keep pace with the demand from students in search of mental health services. Caskey-James and a new licensed counselor comprise the team of two that leads the effort. During the past spring semester at Fort Valley State, 516 students sought mental health services, says Caskey-James. And last fall, “a record 41 students who were seen needed to be admitted” for a time to an off-campus psychiatric facility or stabilizing unit.

To meet the changing needs of its students, Howard University has been constantly evaluating and redesigning how it delivers mental health services, says Dr. Ayana Watkins-Northern, who directs University Counseling Services. As a new semester begins, she says, “We have reconfigured ourselves to be more focused on crisis intervention and shorter-term treatment.”

Back at Fort Valley State, walk-ins to the counseling center are at a steady beat. That’s alright with Caskey-James. A decade ago, her challenge was finding a way to get students who needed and wanted mental health services just to come into the center. To students, those who visited the center had to be “pregnant, have HIV, AIDS or a sexually transmitted infection — or be crazy,” Caskey-James learned. Such notions stopped many students in their tracks, but for the practitioner eager to change that thinking, they were a spark.

First, Caskey-James set out to disrupt the fear and stigma associated with mental illness — what kept most students away. Today, her efforts are a work in progress.

“For us, there was a level of personal embarrassment and stigma that came with seeing and experiencing things that people labeled as crazy.” The times have changed, but those perspectives on mental illness and mental health linger and cross generations, says Primm. “They don’t seek help more often because of things like stigma, cultural mistrust of the medical system, racism and fear of being shunned.”

Cost and accessibility to practitioners of color are also factors in whether people of color get mental health care.

It’s a complex issue with roots that run deep. But on some campuses, there are signs of change. At Fort Valley State, for example, a growing group of more than 100 student peer educators is helping to reduce the mental health taboo on campus and make it okay to even be seen stepping inside the center and the infirmary for activities, information and care. It also takes tough love, sound education and “getting in their face” to keep students on this campus physically and mentally healthy and able to practice self-care, says Caskey-James, whose yearlong dorm talks and visits are set to kick off with the new semester.

To track attendance, which is mandatory, she said students must “swipe in” to the room with their identification badges.

On most days and nights, for Caskey-James, the past at her alma mater is present.

“It’s my goal to reduce mental health’s stigma and to get our students to graduation, healthy and whole,” says Caskey-James. “When I needed it, I was helped by dorm mothers and others here on campus. Now, it’s my turn to pay it forward.”

This article appears in the September 19, 2019 issue of Diverse.