A new report by the Center on Budget and Public Policy Priorities shows state disinvestment in higher education creates higher costs for students and their families, impacting low-income students and students of color. 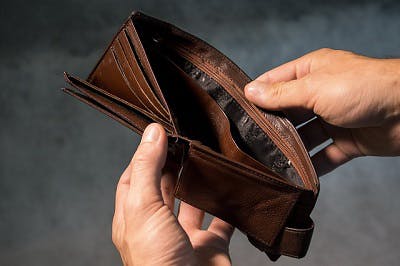 In the school year of 2008 to 2018, state funding for public two-year and four-year institutions has dropped by over $6.6 million, after adjusting for inflation, according to the report.

This report “paints a very bleak picture,” said the report’s lead author Michael Mitchell, senior director for equity and inclusion at the Center on Budget and Public Policy Priorities. “With lowered state funding, higher tuition and increasing burdens on students, it really starts to beg the question of what constitutes public higher education.”

The report argues that states cut back on support during the Great Recession have yet to fully reverse the cuts over a decade later. This deprives public colleges and universities of a sizable chunk of their funding. The report highlights that 54 percent of the funds used by public institutions for educational purposes came from state and local funding in 2018.

Meanwhile, the sticker price of higher education remains higher than it was before the Great Recession. Since 2008, the average published annual tuition at public four-year colleges and universities rose by 37 percent. Net tuition – which includes things like textbooks and living costs – has gone up by an even larger percentage.

Granted, tuition hikes have tapered in recent years, according to the report. Nationally, between the 2017 and 2018 school years, average tuition rose by less than 1 percent. But tuition costs have yet to return to pre-recession rates.

According to the report, these rising prices aren’t new. The cost of higher education has increasingly shifted onto students and their families since the 1980s.

But this moment of state disinvestment – and the high prices that result – comes at a time when public institutions are enrolling more students of color. Today, students of color make up over 40 percent of students at public two-year and four-year colleges. Meanwhile, high tuition rates can deter low-income students from applying to more selective institutions, enrolling in college or completing their degrees.

“As costs increase, this places more pressure on students and families to foot the bill, and for many students, this can put a college education out of reach completely, especially for low-income students and many students of color,” Mitchell said.

He pointed out that tuition costs are a particular struggle for families of color who face employment discrimination and other barriers. Meanwhile, college access can lead to better employment and better wages for these communities.

States can help by upping their investment in higher education after their Great Recession cuts and focusing on need-based versus merit-based financial aid, Mitchell added. States should also make “smart fiscal choices” like keeping well-stocked rainy-day funds and raising taxes when needed so they have the resources to fund these institutions.

“Students and their families are struggling to afford a college education, and they don’t have to,” he said. “States can and should do more to clear the pathway to higher education.”