MILWAUKEE, WI — If you look at the data surrounding the Brew City, it is hard to believe Milwaukee is making any progress to move the needle at all on racial equity. The city has the highest Black-White segregation and the highest rate of incarceration of Black males in the country. The state of Wisconsin, anchored by the city of Milwaukee, has the worst Black-White achievement gap in the country as evidenced by National Assessment of Educational Progress (NAEP) scores, a truth that has persisted for over 15 years.

As of 2017, the Milwaukee metro area also ranked worst in the nation for Black-White unemployment gaps. According to Dr. David Pate, chair and associate professor in the Helen Bader School of Social Work at the University of Wisconsin — Milwaukee, it is also a city in which hordes of Black men over 30 have never held a traditional job.

“We talk about the capacity of boys and men of color to bounce back without fully acknowledging the hits they’ve taken,” Pate said.

For the conveners of the 8th Annual International Colloquium on Black Males in Education, these factors made Milwaukee a perfect lab in which to examine the barriers facing educational attainment for Black boys across the globe. 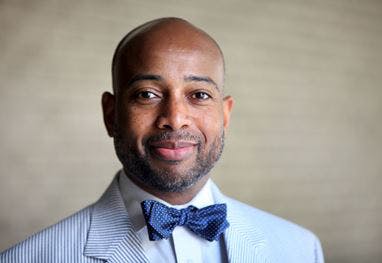 “This is the place that people should be paying attention to,” said Colloquium Chair and University of Wisconsin—Madison Vilas Distinguished Professor of Higher Education, and Director of the Wisconsin’s Equity & Inclusion Laboratory, Dr. Jerlando F.L. Jackson. “Not only because these are important matters, but because this is also the place that has created outstanding programs and initiatives to combat these issues.”

For its part, the community has recently rallied around this data to try to solve the problems plaguing the city’s Black population. To date, much of the effort has come by way of grassroots advocacy. Carl Wesley, a native Milwaukeean who serves as president and CEO of the Center for Self-Sufficiency, called Wisconsin “a place filled with so much history, hardship and promise,” and said there is a rising “unwavering commitment to ensuring Black males receive full and unfettered access to the American dream.”

In choosing Milwaukee as a host city, the colloquium’s leadership hoped to bring an evidence-based framework to the way the work is executed in the community, in hopes that collecting data in a way that focuses on impact can help practitioners to scale their solutions.

“All of our programs focused on Black males should be based on evidence-based models so they can be replicated,” said Dr. James L. Moore III, the Colloquium Co-Chair and Vice Provost for Diversity and Inclusion and Chief Diversity Officer of The Ohio State University.

“Too often when we look at the research, Black males are seen as part of a group instead of an individual — when you see it as an aggregate, you may not always see the nuances” involved that go on to create psychological and emotional fatigue that is not always adequately captured in the research, but is often related to the opportunities they don’t have access to, he said. 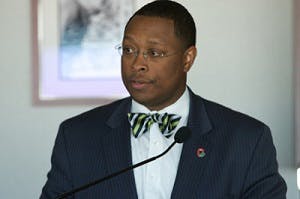 But Jackson cautioned that too often in education and social impact circles, individuals put too much emphasis on the pitfalls and the experiences of the individuals they deem as problems. Even  solutions, he said, are framed around the individuals, rather than the institutions and organizations that have continued to fail them.

“Instead of figuring out what’s wrong with the individual, we need to turn our attention to the organizations and ask the question why, systematically through the decades, do we have the same issues?” Jackson said.

We build solutions that “ask the individuals who are subjected to the disparities to come to an unchanged organization and navigate with the supports that are provided to them,” without asking the organizations and systems to ever change, he said.

And, he said, too often the work that is required to meaningfully move the needle is “unpaid and unrecognized work.”

“There’s a misnomer in the community that efforts that impact the community are supported by the university,” Jackson said. In reality, many of these issue champions are either working for free or doing their own fundraising to support the work. And if those individuals leave the institution, so, too, does the work they may have started.

Universities, too, have to be held to scrutiny around their commitment to making a tangible impact in their communities beyond the push of individual faculty members. And that starts with a commitment to hiring more people who are committed to doing the work, but it also requires supporting those faculty members who take it on. Black faculty members are more likely to take on social justice work, but less likely to be hired in tenured or tenure-track positions on campus. Additionally, service work, as much of these types of efforts are categorized, are not considered in the formulas for tenure or promotion, meaning that faculty members who take it on might do so at their own peril, if they have not already achieved tenure.

“Any discussion short of the hiring and who you have on your campus and whether they are supported in a way that allows them to stay and make a difference,” is not going to move the needle to solve these broader issues, Jackson said.