Dr. Charles H. F. Davis III is quickly becoming one of the nation’s most prominent scholars. With a bold research agenda that looks at the intersectional politics of identity and systemic oppression, he specifically focuses on contemporary student social movements in college.

Davis “is the most serious, creative and intellectually gifted scholar with whom I have had the pleasure of working over the course of my 16-year faculty career,” says Dr. Shaun R. Harper, the Clifford and Betty Allen Chair at the University of Southern California’s Rossier School of Education and the founder and executive director of the USC Race and Equity Center. 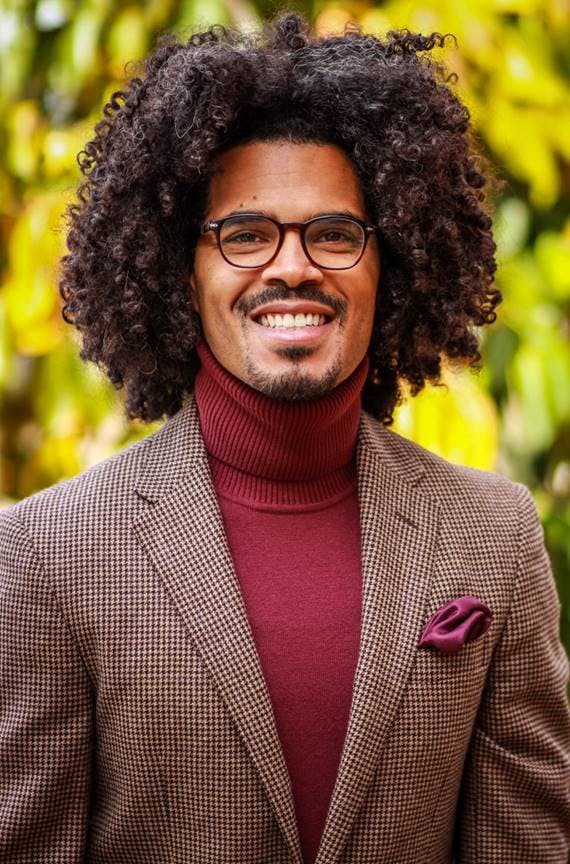 The two met in 2009 when Davis — a two-time alumnus of Florida State University (FSU) — arrived at the University of Pennsylvania as a master’s student.

“He was the very best student in my Race in Education course that year,” remembers Harper, who has collaborated with Davis throughout the years, hiring him in 2014 as director of Higher Education Research and Initiatives at the Penn Center for the Study of Race and Equity in Education at the University of Pennsylvania.

When Harper left Penn in 2017 to launch the USC Race and Equity Center, Davis followed and was hired as a clinical assistant professor — a non-tenure-track teaching position — in the Rossier School of Education with an administrative appointment as chief strategy officer and director of research at the Race and Equity Center, a job that he has held for two years.

Davis is now on the job market, winding down his time at USC and hoping to gain a tenure-track teaching position at a university.

The former high school music teacher started thinking about a career in higher education during his undergraduate years at FSU. His passion for education was passed on from his mother, a longtime educator, and his grandmother, who served as a librarian for more than 30 years. He was also mentored by the late Dr. Lee Jones, a well-known higher education administrator who founded the Brothers of the Academy (BOTA) Institute.

After a string of rejections from doctoral programs — including the University of Pennsylvania — Davis took an advertising job in New York City and later applied and was accepted into the University of Arizona where he completed his coursework, qualifying exams and dissertation proposal in a record two years.

His field research sent him back to Florida where he spent a year engaged in field work with the Dream Defenders, a group founded in 2012 following the shooting death of Trayvon Martin. With his graduate school funding running out, Davis received a call from Harper offering him a job back at Penn.

“I remember it distinctly because I was literally making my last peanut butter sandwich with the butt ends of the bread; it was the last little bit of food I got and he’s like, ‘You want a job?’” he says. “There’s a certain kind of irony of being able to come back to a place from which you were denied admission to help develop a center and also to join the faculty as a lecturer.”

As chief strategy and director of research at the USC Race and Equity Center, he’s advised senior level higher education leaders across the nation on campus climate issues, all the while broadening his research on campus protests and free speech issues.

In addition to landing a tenure-track teaching position, Davis plans to launch a National Study of Student Political Engagement, leveraging data from other surveys of student engagement to provide a national picture of what student political engagement looks like in terms of activism, protests, demonstrations and other political activities.

Harper says Davis is just the scholar to do it.

“Dr. Davis will surely emerge as one of the most influential, respected, prolific and highly cited researchers in the field of higher education. He will write groundbreaking books and publish dozens of pioneering papers in top peer-reviewed journals; his research will do much to engender social and organizational change; every university at which he is a professor will profit greatly from the generosity of his service; and he will definitely earn tenure,” says Harper. “Also, students will continually appreciate being taught by a genius who invests so richly into their development.”

Words of wisdom/advice for new faculty members: “To paraphrase an Audre Lorde quote, it’s really important to define yourself for yourself, otherwise you’ll be crushed into the academy’s expectations and versions of you that they want you to be.”