Studying issues of ethnic minority identity and marginalization comes naturally to Dr. Que-Lam Huynh, associate professor in the department of psychology at California State University, Northridge (CSUN). She remembers what it felt like to be an 11-year-old refugee from Vietnam thrust into a new life.

Her first acute observation of prejudice was at age 13, when Huynh and her mother lived in a working class, mostly White and Latinx neighborhood in Phoenix, Arizona. After a Black family moved into the neighborhood, she heard her White neighbors whispering about it. 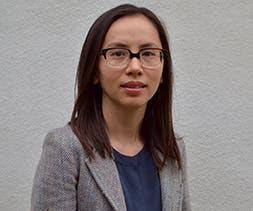 “At that time in the early ’90s, when a new family moved in, everybody went to greet them with cookies or other food,” says Huynh. “I remember not seeing that happen for this Black family. I started to understand very explicitly that race and racial differences were not valued.”

As a teenager she started to explore her own ethnic and racial identity. Huynh became involved in Anytown, a diversity, leadership and social justice program that empowers youth to become change agents. It is run by the National Conference for Community & Justice. For the first time, she engaged in conversations about race and ethnicity.

In college, Huynh again witnessed marginalization firsthand, feeling marginalized as she saw wealth all around her when she could only afford one phone call a month to her mother. She found community among other low-income students of color. Even before she started doing research, Huynh was interested in understanding how marginalization affects people and how they come to understand it, resist it and persevere.

“I tell my students all the time that I almost flunked out of college, but I found a way to turn it around,” Huynh says. “I tell them, ‘Reach out to me. I understand what it means to be struggling and trying to figure out what college is about because that was me my first year.’”

Extensively reading material on critical race theory, sociology, history and ethnic studies, Huynh’s research has focused on Latinx farm workers, members of the LGBT community, immigrants and refugees. She explores how people process and make sense out of marginalizing interactions.

“Every single question that I’ve ever asked as a researcher has really come back to that core question about being on the outside looking in and not fully belonging,” she says. “This idea of marginalization and the sense of marginalization that I experienced as a child coming from a single parent household in Vietnam and then a refugee has informed my way of thinking about the world.”

In her teaching, she is committed to student success, working with both undergraduate and graduate students. She says seeing an idea click for students brings her great satisfaction.

“She is interested in students, the student experience and student success,” says Dr. Yan Dominic Searcy, dean of CSUN College of Social and Behavioral Sciences, who believes Huynh’s research will have global impact. “Also, she has an interest in challenging and changing the existing canon in psychology and in the curriculum of psychology.”

Huynh is not against standard experiments and certainly runs them depending on the research question and current information on a topic, but she also utilizes different approaches to fully explore a topic. In examining difference, marginalization and its impact, she will utilize a range of approaches to gain more comprehensive understanding of the subject matter.

“My goal is never to present any sort of psychological concept or finding in a vacuum,” says Huynh.  “It is a requirement in my classes that you be able to understand a concept as it’s been studied and then find a real-life example of it.”

Words of wisdom/advice for new faculty members: “Sometimes approaching things from a different way than other people around me made me question myself. Eventually, I realized all of those decisions paid off and contributed to my unique career path.”