Critical race theorist Dr. Wendy Moore, an associate professor of sociology at Texas A&M University, received a formal reprimand and a two-day suspension without pay for participating in the Scholar Strike, a national movement for academics to pause on Sept. 8 and 9 to reflect on racism. A letter will go in her file saying she willfully violated system and university rules, she said.

She’s one of a growing list of faculty members who have come under pressure for their activism this fall. 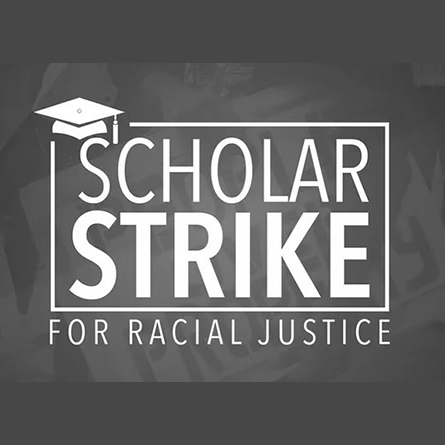 “I’m glad I didn’t get fired,” Moore said. “I was prepared for it. I was not prepared financially – I knew it was going to ruin me for a little while – but I had kind of mentally come to grips with the fact that that could happen.”

On Sept. 7, Moore sent an email to her students explaining her participation in the Scholar Strike. She canceled her Tuesday class section and office hours and told students they could join her Thursday class if they wanted. She also offered to stay late to answer any questions about the Scholar Strike movement or class materials.

Within hours, she heard from her department’s interim dean who told her administrators wanted her to do a teach-in instead of a work stoppage. She said he told her, “I don’t want to lose you.”

Meanwhile, on the Facebook page of the Rudder Association, a student group, comments piled up, including some from parents and alumni.

“The best part of waking up isn’t Folgers in my cup — it’s getting the ability to get rid of horrible professors who broke the law and lost all of their employee rights, including tenure,” one commenter wrote. “An administration that believes in the law is like cream and sugar in my coffee.”

That same afternoon, a memo went out from Texas A&M University general counsel Ray Bonilla, saying that anyone who participated in the strike would be in violation of Texas law which prohibits “an organized work stoppage against the state” by public employees.

“I immediately took issue with it,” Moore said. “It was a huge restraint on what I said was a pedagogical choice to participate in,” she told administrators via email response.

Knowing that losing her job would rock the family’s financial security, Moore talked to her adult children, who are currently unemployed. They told her she should participate in the Scholar Strike anyway.

The university could revoke her tenure if she did in fact break state law. But Moore, also a lawyer, doesn’t think she did. From her perspective, her decision to engage in the Scholar Strike wasn’t an act “against” the public institution. It was part of a broader anti-racism movement.

Now, she’s appealing her punishment from the university.

The university doesn’t appear to have given Moore due process, according to Dr. Jonathan Freidman, program director for campus free speech at the nonprofit PEN America.

“The problem is this is not the norm in higher education whatsoever,” he said. “Professors cancel classes all the time for all kinds of reasons for a variety of reasons: illnesses, conferences, sporting events, campus events, holidays. The vast majority of those cases would never result in a professor being disciplined.”

Moore is the second tenured professor to face backlash for joining the Scholar Strike.

Mississippi State Legislator Shad White is currently pressuring the University of Mississippi to fire Dr. James M. Thomas, an associate professor of sociology, for his participation. White subpoenaed for his emails and his Blackboard courses as a part of an investigation, Thomas said. The university has made no public comment on whether or not it plans to take him to court, as White requested in a letter.

“I still haven’t heard anything,” Thomas said. “I would like a clear, fair process.” Though there is a set procedure for how to handle faculty members accused of misconduct, he doesn’t understand why it isn’t being used.

Plus, from his perspective, he worked that day. Thomas spent time on a manuscript and offered students optional educational resources on racism.

“I have personal and professional commitments to anti-racism,” he said. “That’s a big part of how I try to move in this world. The Scholar Strike was an opportunity for me to further engage with other colleagues and scholars and people around the country in an effort to continue to draw more and more attention to how racism continues to persist and endure within our criminal justice system.”

To him, that’s “wholly aligned” with his teaching and research.

According to Freidman, Moore and Thomas are part of a wider trend, where conservatives, particularly conservative students, publicize liberal professors’ activism, circumventing the procedures universities have in place to judge alleged faculty misconduct.

“We’re seeing that kind of distortion … at many public universities in many states, where students are recording their professors or scouring their social media to find a tweet that they don’t like, drumming up public outrage,” he added. “But they gain the ear of someone in power in the university who then turns around and criticizes the professor in some way when most of that is protected by academic freedom.”

Freidman thinks the trend reflects the Trump administration’s backlash toward the Black Lives Matter movement this summer – and diversity work at public universities – though he also noted that political polarization and questions of academic freedom preceded Donald Trump’s presidency.

In this climate, Moore is worried for her students of color.

“What they see is that even though Black people are being killed by police, and shot seven times in the back, the attention of the administration, the folks that they want to protect the institution from … [are] these conservative White students,” Moore said. Even if the university is just protecting itself by punishing her, “the outcome is that students of color receive the message that their lives are not as important, their experiences are not as important, and they’re not valued in the space of the university.”