Dr. Freeman A. Hrabowski, arguably one of the nation’s most recognized college presidents, is outlining ways that colleges and universities can tackle — and reverse — structural racism amid the racial tensions which 2020 has exacerbated. 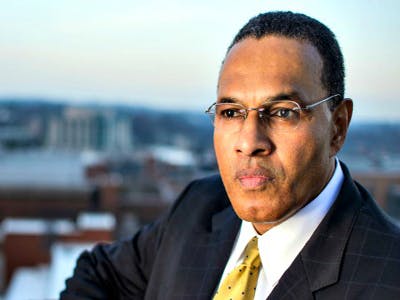 “Reversing structural racism requires us to first understand how deeply rooted this challenge of racism is in our society,” said Hrabowski, president of Univ. of Maryland Baltimore County. “This isn’t about one element or simply about the police or health care. It’s about every aspect of our society. And so, to reverse structural racism means we want to eliminate it, quite frankly. We want to eliminate discrimination against people based on race, ethnicity in our society.”

“Our goal is not just to mitigate racism. Our goal is to eliminate racism,” said Moore, who is also the executive director of the Todd Anthony Bell National Resource Center on the African American Male. “Now some might say that might not be achievable, but it will never happen if you don’t set it as a goal.”

These efforts “don’t happen overnight,” added Hrabowski III in an interview with Diverse. But starting off with a framework to tackle structural racism is the first step. At UMBC, that means utilizing a book he co-wrote titled, The Empowered University, which examines how colleges and universities can create the best, holistic possible experiences for students and faculty.

Hrabowski shares this work with other universities and leadership teams across the country to help shape and reshape the culture of the institution and society.

How? By “looking in the mirror,” he explained. 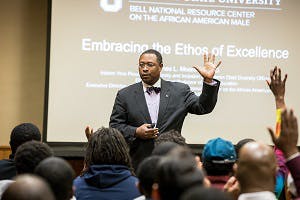 Moore takes a similar approach. At OSU, that means reflecting on and changing up the policies, processes, places, programs, people, pay, and positions, in an effort to make the institution more inclusive for all, he explained.

OSU’s 17-member Task Force on racism and racial inequities along with the $1 million research fund is helping to address the issues of racism on campus and in the community.

“You will never address structural issues if you think you’re going to reduce it to a program,” said Moore. “You have to go deep on whatever is the foundation of the institution,” he said.

Part of the solution is also investing in student scholarship, added Moore. For example, the Morrill Scholarship Program (MSP) offers scholarships and educational enrichment opportunities to academically talented students who are actively engaged in diversity-based leadership, social justice and service.

To continue supporting students of color in their academic success, explained Hrabowski, the university has to “listen to their voices” and actually “develop structures with people who can support those students.”

In this regard, the university can then begin to help students understand “the depths of structural racism” and work with communities to “dismantle policies and laws that work against people of color,” he said.

In the wake of the 2020 Presidential election — with Joe Biden now as President-elect — the Center for Democracy and Civic Life on UMBC’s campus has helped students engage in the political process.

Hrabowski points to UMBC’s The Choice Program as another example of how to address inequities. It is a not-for-profit organization administered by The Shriver Center at UMBC that disentangles young people from the juvenile justice system and strengthens youth and family ties to the community, especially those disproportionately affected like Black and Latinx youth, said Hrabowski.

Similarly, other institutions, including Ithaca College have emerged as leaders in addressing structural racism. 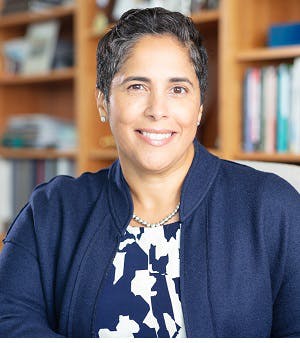 “A big part of my work has been committed to really looking in the mirror as an institution,” said Dr. Shirley M. Collado, president of the Ithaca College. “And making sure that we, structurally, are not only better at representing the lived experiences of our students, but really walking the walk around our values of equity, not just diversity and inclusion (DEI).”

Students need to see themselves reflected in the curriculum and classroom, including the campus climate, she said. Thus, creating this support system starts with leadership, she added. As president, she has cultivated a team of senior leadership and the Board of Trustees that’s mainly comprised of first-generation college students, women and people of color.

“You cannot invite more students of color, more first-generation students, more LGBTQ+ identified students to your campus and not have them seen in the structure, in the leadership, in the locus of authority,” said Collado.

The college developed a 5-year strategic plan called, “Ithaca Forever.” At the core of the plan — and in respect to Ithaca’s mission and values — equity is at the center of the plan, explained Collado.

Hrabowski said that equity intertwined with leadership is a must.

“We’ve got a variety of people of color and women in leadership positions across the campus  among faculty and administration,” he said.

A common recommendation is that diversity, equity and inclusion efforts shouldn’t just take place in one office or be assigned to one team but fused across every aspect of college life and the university system, including departments and schools.

Historically, “our students end up shifting for us rather than us shifting for them,” said Collado. Reversing this means inviting other people to the table who are different in an effort to “build knowledge, build community,” she added.