While campuses are growing more diverse, minorities tend to be concentrated within certain majors rather than integrated across fields of study, according to a report by the Urban Institute, a public policy think tank. It argues that racial and ethnic segregation by major may play a role in students of color ending up in fewer high-paying jobs. 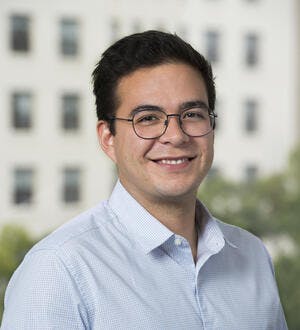 The study parses Urban Institute data from 1,489 four-year institutions – excluding historically Black colleges and tribal colleges – between 2005 to 2015. It compares the percentage of minority students within majors compared to their percentage of overall enrollment, with a focus on how that might impact their career trajectories and who they interact with, at least in their majors.

Research shows Asian students are most likely to be overrepresented within certain majors relative to enrollment, followed by Hispanic and Black students, while White students are integrated across majors.

But while Asian students were highly concentrated in STEM fields, Black students’ most common majors were public administration and social services. Black graduates were underrepresented in majors like math, statistics and engineering, with less than 5% of Black graduates earning degrees in these fields.

But it’s not just about salaries. It’s also about connections, he added.

If you assume that students are more likely to make friends or network with people in their major, “then you could say, OK, we’re concerned that there is so much division in our country, that there is so much misunderstanding of the other in our country … That would be lessened by being exposed to a more diverse body of peers in a given major or in college,” he said.

While the study highlights the extent of racial segregation within majors – and why it should worry policymakers – the report doesn’t answer why this segregation is happening.

Dr. Ebony O. McGee, associate professor of education, diversity and STEM at Vanderbilt University, said it’s partly about what minority students value in picking their careers. Her book Black, Brown, Bruised explores the motivations of students and faculty of color in STEM fields. She finds that Black students tend to be drawn to work that serves communities of color.

“Black students in particular often have racialized experiences in their educational environments, and generally in life, and many of them want to minimize or eradicate those experiences for future generations,” she said. “So, they typically want to go into what I call equity-ethics-related fields … They want to be in fields where they can witness and participate in and be change agents in making society a more equitable place.”

While high-paying STEM fields can be drivers of racial equity, they’re not marketed that way to students, she added. She thinks institutions can attract more students of color to STEM fields by supporting minority faculty who do social justice-oriented STEM research, which too often is deemed “not STEM-centric” enough despite being a “vast and wide emergent field of study.”

Students of color are also turned off by the climate they tend to find in STEM departments, noted Dr. Kyle Southern, policy and advocacy director for Young Invincibles, a nonprofit for higher education reform.

For him, the onus is on institutions to look for and address the structural deterrents that dissuade minority students from certain fields of study.

“I really want to push us to flip the script here and to turn the mirror on our institutions rather than continue pathologizing students’ course choices,” he said.

He also emphasized that institutions should look to minority serving institutions like historically Black colleges and universities as models because these schools disproportionately graduate students of color in high-paying fields.

He hopes his research can inspire further research – and action – on the part of university leaders and policymakers.

“My professor always told me, ‘If people tell you the question you’re asking is obvious, then you’re on to the right thing,’” Monarrez said. “We all know that racial inequality is the bread and butter of the United States historically … We’re just documenting how this separation and inequity of different ethnic groups happens at every juncture of the education pipeline.

“If you are the decision maker at one given juncture, you need to sort of pitch in to tilt the scale in the right direction.”