A new report by the New Teachers Project (TNTP) reveals a lack of diversity in teach preparation programs.

Titled “A Broken Pipeline,” it highlights the diversity gaps within each state and offers recommendations to address the issue.

“This is the time in the midst of our national reckoning about race and racism to really collectively tackle this problem,” said Dan Weisberg, chief executive officer at TNTP, adding that it is important to “commit both at the individual university level, the state level and national level to start drawing in a much more diverse pipeline of teachers into preparation programs from a much wider pool of talent.”

Students of color make up 53% of the population in the United States. However, 80% of teachers are White. In 40% of public schools, there is a complete absence of any teachers of color, according to the report.

“To have a teacher workforce that matches the student body, we need an additional one million teachers of color,” said Jacob Waters, director of external communications at TNTP. “This is not about blaming individual universities, but about coming together to acknowledge that we have a huge, systemic problem here and committing to fixing it.” 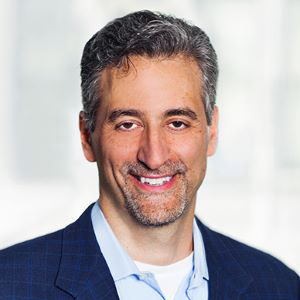 Within 43 states, the diversity gap is 10% or higher. The gap reaches 20% or higher in 21 states, while Washington, D.C., Louisiana and Mississippi’s gap extends to 30%, according to the report.

“When your program is >90% White, that means you are not tapping into the amazing talent that is out there in the Black community, in the Latinx community, the Asian, the indigenous community,” said Weisberg. “There is lots of talent out there that you are not making available to your program and ultimately to the students that your graduates are going to teach. We need to broaden the pool from which we’re drawing.”

In terms of teacher preparation programs, there are two paths. One involves earning an advanced degree from a higher education institution. The other option involves earning teaching credentials outside of the classroom with programs such as Teach for America and Relay Graduate School of Education.

Those who seek the degree option are 69.6% White compared to 46.8% for the alternative certification programs, according to the research.

There is a stigma that the “only way to have diversity in a program is to lower the standards.” However, diversity and high standards are directly correlated, Weisberg said.

“It is not about lowering standards,” he added. “It is about making sure that your standards actually promote quality and ultimately promote really effective teachers in classrooms and that you are committed to pulling from the widest possible pool.”

Districts, states and teacher preparation programs each have a role to play in confronting the lack of diversity.

On the one hand, districts can establish “grow your own” programs, which retain teachers who are local to the schools’ communities.  States can also require  that teacher preparation programs set diversity goals and release yearly progress reports. Alternative certification programs can also be offered and requirements should be dismissed if not associated with classroom success, according to the research.

“We have a great opportunity here to show progress, to do something that is going to be good for our programs, good for our communities and most of all, good for K-12 students,” said Weisberg. “We can accomplish a lot in a relatively short period of time.”