The National Center for Fair & Open Testing (FairTest) held a virtual town hall this week to urge individuals to sign a petition calling for high-stakes testing to be suspended in spring 2021.

High-stakes testing focuses on reading and math skills. The University of Southern California recently released a study that showed support for canceling tests rose from 43% in mid-April to 64% in mid-October. In fact, 72% of Black parents were in favor of cancellation.

Given the unprecedented and disparate situations under which students have been learning due to the ongoing coronavirus pandemic, the panelists agreed that test results would only highlight inequities in public education. One huge consideration is the logistics of bringing students back to school, which can be dangerous for their health and well-being.

“To get all the students tested is very difficult, nearly impossible,” said Dr. Julian Vasquez Heilig, dean of the College of Education at the University of Kentucky. He said high-stakes testing is inherently discriminatory. 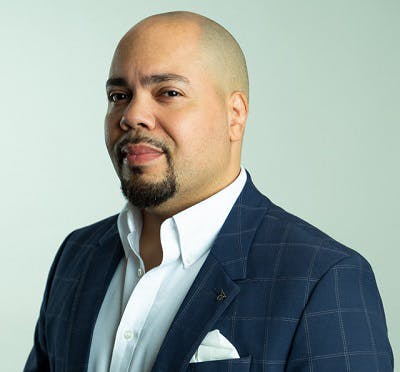 “It is the right thing for us to pause and reassess the regimes of testing that we see nationwide and state-to-state,” he added.

FairTest has long advocated against what it calls the biases of standardized testing.

During Tuesday’s panel, experts noted that many students, particularly low-income students, don’t have access to technology at home. Some students have been loaned computers by their schools, but the schools would need to recall those computers for testing purposes.

“It’s not possible to combine in-person testing with remote testing and get accurate information,” said Dr. Lorrie Shepard, distinguished professor of education at University of Colorado. She noted that, while testing proponents use the word “equity,” she cannot get a direct answer on what they will do with the scores to serve an equitable purpose.

“What we need are instructionally grounded assessments that are tied to a unit of instruction,” said Shepard.

Dr. Roxana Marachi, associate professor of education at San Jose State University, said students have been calling out the invasive tactics of online proctoring. To ask third through eighth graders and 11th graders to test in a home environment with a camera on them throughout a test will produce intense anxiety and negatively impact results, she added.

U.S. Representative Jamaal Bowman, a member of the House Education Committee, said these tests are often created by third parties, for-profit vendors, and not by teachers or educators.

“If teachers do not show certain scores on these particular tests, the teacher is rated ineffective,” said Bowman, who favors cancelling the current annual testing system. “Public schools are rated ineffective and then they are closed in favor of the charter school lobby, which is also a market-based, for-profit lobby.”

Dr. Jack Schneider, an assistant professor of leadership in education at University of Massachusetts Lowell, said that the U.S. is obsessed with standardized testing, which he argues distorts education.

“That’s because of how narrowly we measure and also because of the high stakes we attach to those measurements,” he said. “The things we do measure tend to correlate strongly with demographic variables like family income, race, parental educational attainment. The consequences of this measurement regime tend to land really inequitably across our communities. Where do schools get shut down? It’s in Black and Brown communities and poor communities.”

The panelists were also challenged to offer meaningful and relevant alternatives to high-stakes testing. Heilig said there are a number of alternatives, such performance assessments and portfolios. In a portfolio assessment, students demonstrate what they’ve learned for a group of teachers.

“There are a lot of ways we can do this at the local level using the expertise of the educators who are actually closer to the work that students are doing,” he added.

Marachi said assessment needs to be local, done by teachers and done in an authentic and organic way. Assessments should motivate students and contribute to learning, she said.

Roberto Jimenez-Rivera, a member of the Chelsea School Committee and a political organizer for the Boston Teachers Union, said that the public has to rethink testing as a form of competition.

“It has to be a collaboration to get as many people as possible prepared,” he said. “If we continue to focus on a Bell curve — pitting schools and students against each other to be the best using these assessments that we know are broken, supporting systems that consistently place students of color and their schools at the bottom — students of color are always going to be at the bottom because they’re at a resource disadvantage.

“When I think about what we can do instead of testing, I think we need to invest in our schools to make sure that our poor communities have access to the resources of wealthy communities,” he added. “Otherwise, it doesn’t matter what the assessment is. It’s going to give us the same results.”