Dr. Cynthia T. Anthony is as much a veteran in the Alabama Community College System as anyone could be, having spent more than 30 years in various roles. And now, she’s gone from interim president to president of Lawson State Community College, the school where she first started her career.

Anthony will be the first female president of Lawson State. 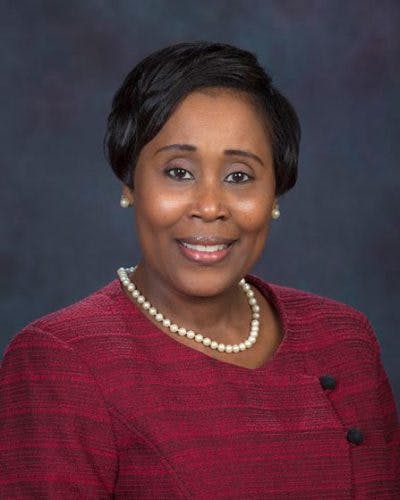 Anthony started her career at Bessemer State Technical College, rising through the ranks “from financial aid, to assistant dean, to dean of students” over 15 years, before Bessemer merged with Lawson State in 2005. At Lawson State, she became executive vice president and dean of students.

She now brings her storied career and experiences back to Lawson State.

“I think, having served as interim president at a number of institutions in various areas of the state – different sizes and scopes of institution – how all of those experiences have afforded me a great deal of knowledge and best practices that I can bring here to Lawson State,” Anthony said. “I can just bring those things really back home to certainly benefit Lawson State Community College.”

During her approximately six-month tenure as interim president, Anthony said her biggest accomplishment was not having to readjust much to Lawson State.

“Given that I have been a long-term employee here at the college, I was quite fortunate not to have such a huge learning curve, if you will,” Anthony said. “I’m familiar with the college, the employees, the community. And they in turn are very familiar with me.

Her  priorities include community engagement, strengthening the workforce through continued partnerships with the business and industry sectors and the student experience, she said.

There are efforts underway to also expand some of the school’s career technical education programs, she said.

“We will certainty make a priority of expanding our health professions programs here at Lawson State, certainly with campuses in Birmingham and in Bessemer,” Anthony said. “We are in the mecca of healthcare here in Alabama. So we are looking to expand the offerings in healthcare.

“We’re looking to expand facilities so that we can offer radiology and emergency medical technician, expand those services. So healthcare will be a major priority in our career programs.”

“Dr. Anthony is a very transparent person and she’s very particular in making sure that you respond to the question, you respond to the issue, you talk appropriately to what it is that’s going on,” said Dr. Bruce Crawford, vice president for instructional services at Lawson State. “She has high expectations of Lawson State. And with her leadership skills that she has acquired over the past few years, she is the best person for this institution.” 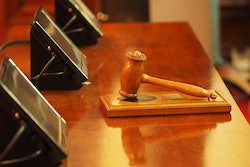