Junior Makenna Cofer, a bisexual student at John Brown University, faced online harassment last semester. She and a friend protested a speaker brought to the Christian campus, Eric Metaxas, a conservative author and radio host who supports conversion therapy. Pictures of them popped up on a campus meme site with comments making fun of them and questioning whether they belonged on campus.

It fed into feelings of alienation she was already having. The school’s community covenant, a document signed by all students, only condones heterosexual relationships. It’s diversity statement makes no mention of students like her. She’s heard speakers at mandatory campus chapels encourage LGBTQ students to abstain from sexual desire or plugs for conversion therapy. 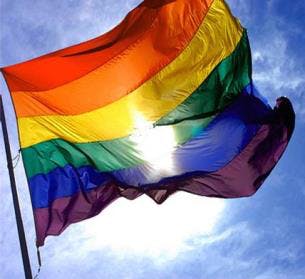 A digital cinema major, she produced a film about LGBTQ students’ experiences on campus called “Part of the Kingdom.” She found that “some students have experienced worse than others, but … the majority of students don’t feel like they’re in a space where it’s safe to be known and where their individual uniqueness is celebrated,” she said. “The students that I talked to want to be in a space where they still feel like they’re seen and celebrated and their sexual orientation doesn’t have to be a boundary and they can still pursue a relationship with Christ without being encouraged to change.”

A new report by the Religious Exemption Accountability Project (REAP) and the survey company College Pulse, confirmed Cofer and her peers aren’t alone. The study surveyed 3,000 full-time LGBTQ students at 134 four-year Christian colleges with discriminatory practices, most of which are members of the Council for Christian Colleges and Universities (CCCU).

But many LGBTQ students at Christian colleges aren’t out. About 19% of LGBTQ students didn’t disclose their sexual or gender identity to anyone at their college and 18% had only told one or two people. Another 19% had told three to five people at their school.

“It’s not a tiny minority on these campuses,” said Paul Carlos Southwick, director of REAP.

Southwick said Christian colleges have softened their anti-LGBTQ rhetoric since he was a closeted gay student, directed to conversion therapy by his university. But he thinks these institutions have made little progress in changing their actual policies. As a lawyer, he’s seen faculty ousted at Christian universities for defending LGBTQ students and students penalized for engagements, marriages or posts identifying them as LGBTQ on social media.

“When you punish faculty member allies, when you purge them from a community and you maintain policies that tell young queer and trans people that they’re disordered, that they need help, that something is wrong with them, when you prevent them from being allowed to gather and you deny them access to LGBTQ support groups or gay-straight alliances, when you keep them out of non-discrimination policies – what you have left is a scared child who has learned to hate themself,” said Southwick. “… Depression, loneliness, anxiety, fear and suicide” are the “inevitable result” until these students receive the message that they deserve “equal access to educational opportunities that are available to straight students and to cisgender students.”

He emphasized that trans students in particular are not just mentally but physically less safe on these campuses, compared to their peers. Gender minority students are seven times more likely to be sexually assaulted than cisgender students, but because of discriminatory policies, he finds those same students are less likely to report what happened, for fear of expulsion, conversion therapy or rejection from their families.

Southwick hopes that accreditors and leaders of professional higher education associations will read the report and consider taking into account how Christian colleges treat their LGBTQ students, rather than be “complicit in that ongoing harm.”

He also sees implications for policymakers as the Equality Act – which would prohibit discrimination based on gender and sexual orientation – is debated in the U.S. Senate. He wants members of Congress to know that LGBTQ students will face the “consequences” of an exemption for religious institutions, which Christian colleges are advocating, he said.

Cofer doesn’t regret going to a school like John Brown University. She’s felt “excluded” and “shamed,” like some classmates don’t see her as deserving of the same college experience, but it’s allowed her to push for reforms she feels are long overdue at Christian universities. After her film went online, she heard from students at both her school and Oklahoma Baptist University who publicly came out, inspired by the momentum of the moment.

She wants to see institutions like hers embrace LGBTQ student groups, include LGBTQ students in their diversity manifestos and remove bans on non-heterosexual dating from their student handbooks.

“We have taken steps toward starting a conversation,” she said. “I wouldn’t change it or have it any other way. It’s difficult but I’m happy to be in a space where I can … maybe make the university kind of take a step back and maybe reconsider the way they’re spreading God’s love.”