Danielle Baker has long been concerned with human trafficking — the process whereby individuals are forced to endure inhumane abuses such as being forced into sexual slavery or subjected to organ removal and selling. 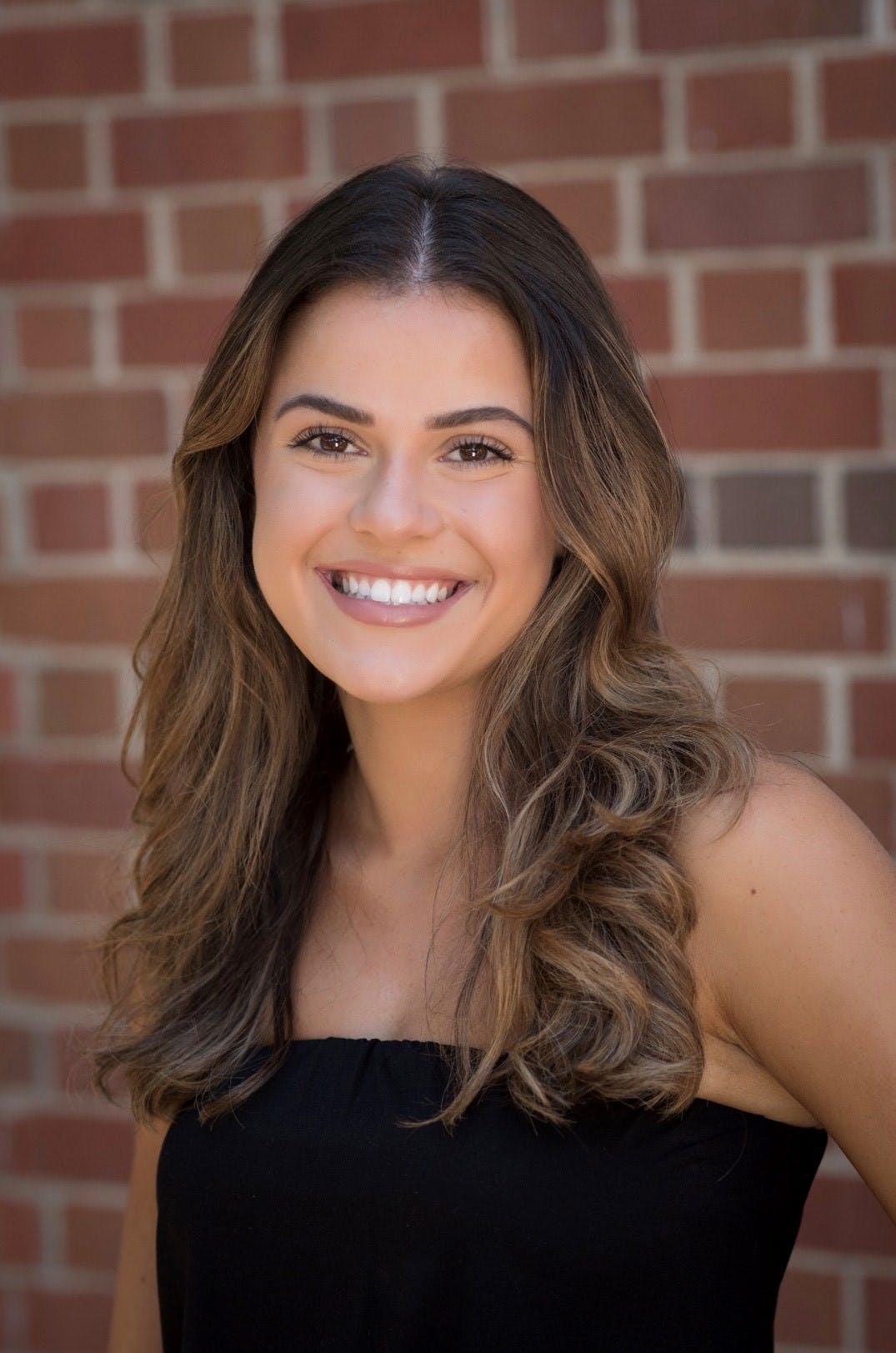 But her mission to promote awareness about the growing multibillion-dollar industry has grown even stronger in the wake of recently losing someone close to her who was trafficked.

“I missed all of the signs,” says Baker, 25, a second-year student in the occupational therapy doctoral program at the University of Michigan-Flint. “It was right in front of me and I missed everything.”

Baker, who began her three-year graduate program in 2019, has become a pioneer of sorts in the field of occupational therapy, focusing her scholarship and study on helping the victims of trafficking. Working for an organization called Sensational Brain, Baker has been barnstorming the country conducting presentations and teaching continuing education courses on the topic. She was invited recently to present at the prestigious Michigan Occupational Therapy Association annual conference, a rare opportunity that is often reserved for seasoned practitioners and researchers.

“The eye doesn’t see what the mind doesn’t know,” says Baker. “That’s something I always say, because contrary to what people may think, human trafficking happens right in front of our eyes. I think there’s this huge misconception around it where people think, ‘Oh girls are snatched off the streets and it’s a creepy white van and they’re chained up in a basement and that’s not how it happens at all,’” she says, adding that less than 1% of victims are kidnapped and forced into trafficking, compared to the vast number of individuals — mostly women — who are trafficked by someone they know.

The victims, she says, are often groomed by their trafficker for months. “It’s a form of mental manipulation.”

“Human trafficking is not some new phenomenon. It has been going on forever and it happens in every state, every county, every city in the entire world,” says Baker, adding that many falsehoods about trafficking are circulating across the internet.

“My job as an educator is not to debunk these conspiracy theories that people run wild with but to educate on the reality of it,” says Baker, who eventually plans to earn a Ph.D. in psychology and go on to become a university professor once she earns her occupational therapy doctorate.

For now, her research — including her doctoral capstone project — focuses on the role of addiction and substance abuse in human trafficking. The University of Michigan-Flint’s entry-level doctor of occupational therapy program is the first of its kind in the state of Michigan.

Trafficking victims, Baker says, are often forced onto drugs while survivors of this horrific crime tend to turn to heroin, cocaine and alcohol as a coping mechanism to deal with their trauma. Unless sufficient attention is given to addressing their dependency on drugs and alcohol, Baker notes, it will be difficult to help victims adjust back into society.

Baker has been working closely with Dr. Ben Atchison, a well-known expert on childhood trauma. She and two of her close friends — both emergency room nurses — decided about a year ago to start a nonprofit organization called Save Us Don’t Sell Us. The organization is committed to increasing awareness about human trafficking and raising funds to support local safe houses across the state of Michigan.

Contrary to what some might think, human trafficking hasn’t declined in the age of COVID-19, says Baker.

“I feel like it’s been the opposite,” she says, adding that the pandemic has caused individuals to turn to their smartphones more amid boredom and loneliness.

Still, Baker has remained deeply committed to her work with survivors at a safe house in the Detroit area that helps rehabilitate women who have been victims. Admittedly, the work is rewarding, but taxing.

“Secondary post-traumatic stress is a real thing. Compassion fatigue is a real thing,” she says, adding that she’s found a way to strike a balance in her life.

Her commitment, however, to ending human trafficking once and for all will never wane.

“I never want someone else to go unnoticed,” she says.