Amid intense pressure, protests and a threat of a federal lawsuit, trustees for the University of North Carolina at Chapel Hill voted 9-4 on Wednesday to grant tenure to Pulitzer Prize winning journalist Nikole Hannah-Jones. 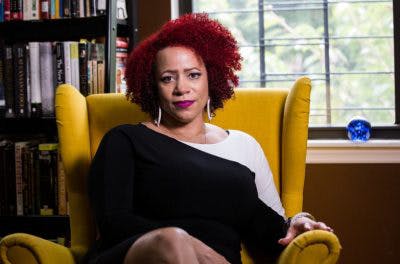 The decision is a departure from the trustee’s previous stance to grant a five-year contract to Hannah-Jones, who was offered the Knight Chair in Race and Investigative Journalism in April, an endowed professorship to teach at her alma mater. Previous recipients of endowed chairs were offered tenure.

Hannah-Jones, is the author of the New York Times Magazine’s 1619 Project that focused on the country’s history of slavery.

Dr. Kevin M. Guskiewicz, the chancellor of UNC said that he was “glad this matter has been resolved.” Hannah-Jones, he added, “will add great value to our university. We will welcome her to the Carolina faculty.”

A group of protestors assembled at the Carolina Inn on Wednesday afternoon to show support for Hannah-Jones. When the trustees went into closed session to discuss personnel matters, officials urged attendees to leave. When some of the demonstrators refused to leave the room, UNC police officers forcibly removed them. Hannah-Jones took to Twitter to condemn the police actions, noting that some Black students were shoved and pushed.

“This is not right,” she wrote. “It should have been communicated how this meeting would go, that tenure proceedings are always held in closed session, and an attempt made to de-escalate. Instead Black students were shoved and punched because they were confused about the process.”

Before Wednesday, the school had said little about why tenure was not offered, but a prominent donor  revealed he had emailed university leaders challenging her work as “highly contentious and highly controversial” before the process was abruptly halted.

Hannah-Jones attorneys had announced last week that she would not report for work without tenure, prompting a call from Student Body President Lamar Richards, who’s also a trustee, for the board to convene a special meeting.