The “fragility of our democracy” was made evident by the events of Jan. 6 at the United States Capitol, which was incited by  rhetoric around election fraud, according to Harvard University’s James Bryant Conant University Professor Dr. Danielle Allen.

As misinformation and government-related conspiracy theories continue to divide the nation, the Educational Testing Service (ETS) and the Educating for American Democracy initiative co-hosted a webinar on Tuesday to discuss the need to promote civic readiness within the K-12 education system.

The event, “Monitoring Civic Learning Opportunities and Outcomes: State of the Field and Future Directions,” noted inadequate support for civics education from policymakers and education leaders.

On average, the federal government spends $50 per student on science, technology, engineering and mathematics (STEM) related fields for the year, compared to $0.05 per student on civics. In the K-12 classroom, social studies and civics teachers often have to use vacation time or pay out of pocket to attend professional development workshops. Additionally, only two-thirds of high school social studies teachers believe it is essential for students to “embrace the responsibilities of citizenship,” according to ETS President and CEO Dr. Walt MacDonald.

The lack of focus on civics has translated to students’ test scores.

In 2018, only one quarter of eighth grade students scored at or above the proficient level for the three subjects of geography, U.S. history and civics, MacDonald noted. 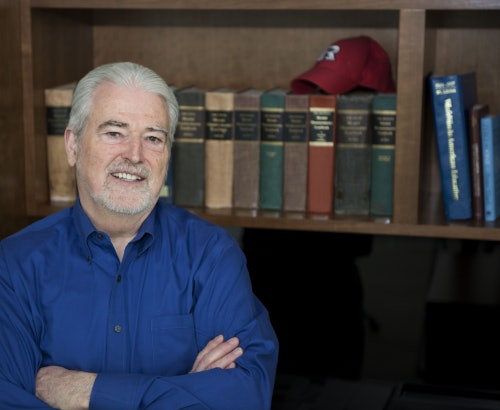 “Nothing good can come from all this,” he added. “Our system of government gives structure to our society. Without an understanding of that system, how it works, how it applies to one’s own life, one’s responsibilities to it, how to navigate it and how to improve it when necessary, there can be no commitment to that form of government. No loyalty and no true patriotism.”

Programs across the country are being implemented to promote civic education. For example, the Democratic Knowledge Project at Harvard University offers professional development workshops, curriculum development resources and assessment tools for K-16 educators.

Currently, compared to 72% of the generation born before World War II, 30% of millennials—aged 40 and below—considered it essential to live in a democracy, Allen reported. The goal of the program is to increase that number to 67%.

“It is a very basic fact that you can’t have a democracy if people don’t want a democracy,” said Allen, who is also the director of Harvard’s Edmond J. Safra Center for Ethics. “This data point suggests a real failure in our society of generational succession, to pass from one generation to the next that sense of commitment to motivational connection to constitutional democracy.”

The program also suggests new approaches to equitable assessments. Rather than test designers driving curricular designs, curriculum designers should be given the responsibility to prevent classrooms teaching to the test, said Allen.

Beyond K-12, higher education also plays a role in civic engagement, especially in terms of providing access to voting information and polling locations. 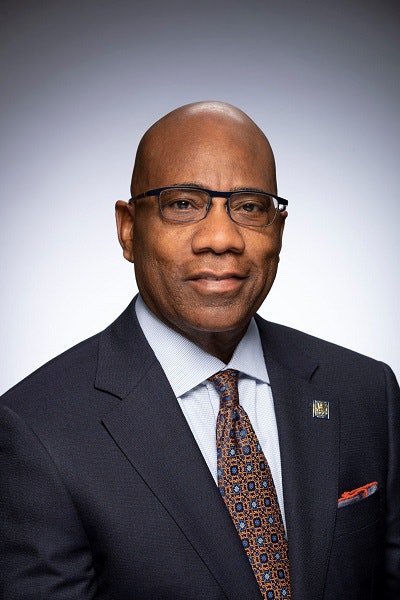 Research indicates that young voters are more likely to show up at the polls during a time of crisis such as financial instability or stress. The 2020 election resulted in the largest student voter turnout in history, according to Felice Nudelman, executive director for the American Democracy Project at American Association of State Colleges and Universities (AASCU).

With the campus dedicated as a voting site, Morgan State University experienced high levels of student voting engagement.  Student advocacy, however, is not a new concept for the historically Black university, said Dr. David Kwabena Wilson, president of the university headquartered in Baltimore.

“Morgan State University really tries to honor the history upon which it was established because that history was about being included in the democracy and ensuring that the voices of all was heard, appreciated and valued,” he said.

In a discussion about the election, one student struggled to grapple with understanding why others chose to vote for former President Donald J. Trump. In response, another student came forward and provided their own reasons. The two engaged in civil discourse.

“It was an opportunity to see in real time what it means to bring people in across the divide,” said Nudelman. “What it means across race, gender, ethnicity and region, the ability to have that discourse. Not thinking you are going to just change someone’s mind, but to honestly develop the empathy and the ability to surpass the polarizing moment.”

She added that without finding ways to “cross these divides,” there is an “existential threat to our democracy.”

As the United States faces a racial reckoning and recovers from the COVID-19 pandemic, Wilson predicts an uptick in civic engagement on campuses this fall.