Stepping onto Paul Quinn College’s campus for the first time as president in 2007, Dr. Michael J. Sorrell faced a school on the verge of closure.

The historically Black college in Dallas held a mere 1% graduation rate and hovered at about a 30% retention rate. This made recruiting high-quality faculty members difficult. 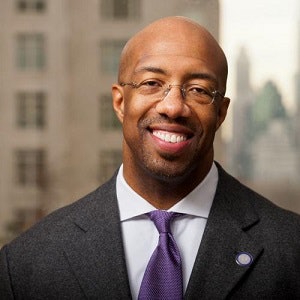 But facing a crisis in the early stages of his presidency prepared Sorrell for a national crisis years later: the COVID-19 pandemic.

“You must figure out a way to make a case for yourself so when you come out of this period, people look at you and say, ‘I want to be a part of that community,’” he said. “You have got to communicate to people that you’ll be good stewards of their family members, of their dreams, of their aspirations. All of that was something that we had learned.”

After closing campus for 15 months, Paul Quinn—like other institutions—plans to welcome students back in-person for the fall semester.

In light of the fact that many students are returning to campus with trauma generated by COVID-19 and ongoing cases of racial injustice, Paul Quinn will offer more mental health support options and provide trauma resources to faculty and staff members. Sorrell also encouraged self-care, especially among individuals who care for students with trauma.

Continuing on the topic of trauma, Sorrell also discussed cultural competency and the growing incidents of bias and racism frequently occur at colleges and universities across the country. At Paul Quinn, for example, some Black students became upset with the growing number of Latino students on campus.

In response, Sorrell asked his students a probing question: “What makes you any different than those fraternity boys chanting those chants on the busses at Oklahoma University or the people who practice racist incidents in Missouri? It is you behaving poorly because you are the majority.”

He emphasized the need to have cultural competency for everyone. To do so involves building curriculum that “establish the common good.” 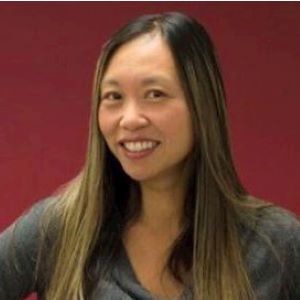 Other sessions during the summit offered suggestions around implementing equitable and anti-racist practices in higher education, during a time in which racial, social and economic disparities were exacerbated by the COVID-19 pandemic.

Ha Nguyen, director for equity, diversity and inclusion at the Washington State Board for Community and Technical Colleges, said one critical component of anti-racist work is building relationships.

For example, the Diversity and Equity Officers Commission was launched by the State Board to create dialogue opportunities.

“It creates a space to engage in professional development and having courageous conversations on the topics of white supremacy, white dominant culture, micro aggressions, racial fatigue and exhaustion and racial, social and economic injustices,” said Nguyen.

For years, the State Board has worked to provide equity-minded leadership training as well as create sacred spaces for students and faculty of color. It also established tenure mentorship programs to address the lack of diversity within the academic pipeline.

“They can just walk into a room and feel an overwhelming sense of belonging and just take that much-needed breath,” said Nguyen. “Oftentimes, we walk into workplaces that are white dominated. I liken it to putting on our hazmat suits at the beginning of the day and taking that off  at the end of the day. Having these sacred spaces is really critical.”

Creating equitable outcomes also requires eliminating destructive narratives, something Nguyen admittedly had been guilty of using on her family.

When her brother was being pushed to finish his degree, she recalled saying college “isn’t for everyone.”

“I think on the words of Washington State’s previous Lieutenant Governor Cyrus Habib, who said, ‘When we tell our students that college isn’t for everyone, we might as well have been saying that the middle-class isn’t for everyone,’” Nguyen added. “I always think back on those words and consider how I too played a role in ensuring these disparate outcomes for students of color and how the collective system can do better.”