Is College Still Worth the Cost? Most Traditional Age Students and Families Say Yes, According to Survey

The overwhelming majority of undergraduates aged 18 to 24 and their families (89%) still believe a college degree opens doors despite the hefty cost, according to the 2021 survey “How America Pays for College” from student loan lender Sallie Mae. Yet the recently released survey also found that fewer families this year finished the Free Application for Federal Student Aid (FAFSA) to get help paying for that sought-after degree.

Some experts point out, however, that the report’s focus on so-called traditional age students does not include two key groups: students over the age of 24 and those who choose not to enroll in college. Without that broader sample, they argue the survey overlooks almost 40% of today’s undergraduates, not including those who do not go to college likely because they cannot afford it. 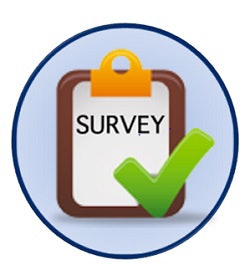 “So those for whom college is financially impossible are not included here,” said Dr. Robert Kelchen, an associate professor of Higher Education at Seton Hall University and author of Higher Education Accountability. “The survey captures traditional age college students who enrolled, not everyone interested in college. And it misses adult students.”

Sallie Mae launched its annual survey 14 years ago to understand what traditional-age students and their families think of higher education and how they pay for it. Sallie Mae partnered with the market research and consulting firm Ipsos to run this year’s study from April to May of this year. Ipsos conducted online interviews with 985 parents and 1,000 undergraduates across the country.

“Some of the findings this year were not a surprise, such as that families continued to invest in higher education amid the pandemic,” said Ashley Boucher, director of corporate communications at Sallie Mae. Eight out of ten families in the survey said they were willing to stretch themselves financially to ensure their children get an education. To pay for college, 85% of families relied on parent income and savings, though Boucher also noted a problem. “What I did not expect and found concerning is that while more families this year have a plan to pay for college, fewer families are taking advantage of financial aid like the FAFSA.”

According to Sallie Mae, this year marked a record low percentage of families surveyed who completed the FAFSA. Only 68% submitted the application compared to 71% last year and 77% the year before.

This steady decline in FAFSA applications happened across income levels and races at similar rates among the survey’s respondents. One possible reason for the ongoing drop, the report notes, is that families assume they won’t qualify for financial aid. But that may be a misunderstanding. The survey found that 29% of families who received a financial aid offer from their school appealed for more help. And 71% of those appeals were granted.

“That means those who asked for more aid received more aid. But if you don’t complete the FAFSA, you will not get the financial aid offer letter. You could potentially be earning thousands of dollars that do not need to be paid back for your education,” said Boucher, who stressed the importance of students understanding all their options to fund their education. “Students are in the driver’s seat in selecting their colleges and in seeking aid.” 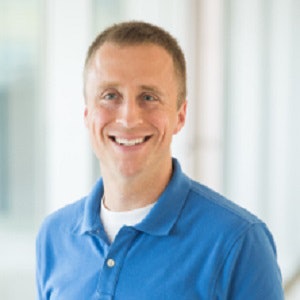 Yet the report does not capture those who do not go to college, including those who cannot afford to do so. That absence makes it harder to see the bigger picture around higher education affordability, according to Kelchen.

“The report’s headline that families think college creates opportunities is probably true for people across the board,” said Kelchen, who believes the survey is most helpful in looking at trends over time among similar types of students and families (i.e. traditional-age students). “But some parts of the research—like why families did not file the FAFSA—miss those who couldn’t navigate the form and were then unable to go to college. Keep in mind that this is a sample of people who were able to jump through all of those hoops and still enroll.”

Kelchen, who is slated to join the faculty at the University of Tennessee, Knoxville next month, additionally voiced concern that a growing, often less financially supported group is not represented: undergraduates age 25 or older. These students make up about 37% of undergraduates today, according to the Lumina Foundation. They may soon be the new normal, he noted. But older students’ college experiences tend to be different from those of their younger peers.

“Instead of their parents helping to plan and pay for college, as described in this report, older students often are the parents,” said Dr. Katharine Broton, an assistant professor at the University of Iowa’s College of Education. More than one in five undergraduates (or 22%) are parents, per the Aspen Institute, a nonpartisan educational and policy studies nonprofit organization. And most of those parents are age 25 or older.

“Simply put, older students often have a more difficult time paying for college,” said Broton. “They may have less of a personal or family safety net and they may have more financial responsibilities, including supporting dependent children or family. For them, college is less likely to be a protected time of exploration and emergent adulthood.”

Boucher of Sallie Mae recognized that the survey does not capture these students. She said she would not be surprised if changes to future studies were eventually made.

“Internally, we’re having more and more discussions about what that survey group should look like,” Boucher said. “The nontraditional student is becoming the majority. We’re beginning to get a broader picture of who students in America are, regardless of their age or how many years apart they are from high school to college. Maybe 14 years ago when we started the survey, our sample resembled the typical student. But we recognize that’s changing today.”

Still, one finding likely holds true regardless of student demographics.

“No matter your age, earning a college degree is life changing,” said Broton.