Seventeen years ago, just before his 18th birthday, Frank Williams had an epiphany that changed his life.

“I wanted to just hang out in the streets with my friends — or I thought they were my friends,” Williams recalls.  He had already dropped out of high school. “I had other things I wanted to do at that time, and school was getting in the way of those things."

But he says seeing several friends die and “go in and out of prison” started to steer him toward alternatives. “I realized I was probably going to end up going to jail or the cemetery,” he says.

One night during that period of reflection, a commercial for Job Corps came on TV. Williams hadn’t yet turned 18 so he had to get his mother’s permission, and he remembers her being delighted to accompany him there to sign up. 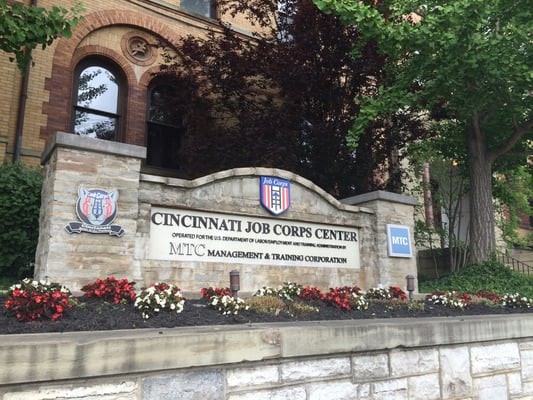 Williams is now a journeyman carpenter and an instructor in the Cincinnati, Ohio, Job Corps program.

Teaching young men and women on a college campus is a far cry from the life he was leading in Cleveland when he entered the Cincinnati program as an unemployed high school dropout without even a driver’s license.

“I didn’t even know what carpentry was,” Williams remarks. “I thought it was laying down carpet.”

That may reveal more about the inadequate K-12 education system than it reveals about Williams. Through Job Corps, he earned a GED as well as a high school diploma and obtained a driver’s license in addition to his carpentry training.

Williams says he had never envisioned himself as an instructor, but when the position became available, “I said, ‘Wow, this is a good opportunity for me to give back and help people,” he recalls.

Mercy Pigman began about eight years ago “little by little” working her way up to an RN degree through the Dayton, Ohio, Job Corps program, after completing high school in Ethiopia and seeking opportunities for higher education in the United States with limited resources. She first earned a certificate in Medical Office Administration, then attended Sinclair Community College to study nursing, all with assistance from Job Corps. She now works weekends as a registered nurse at Kettering Healthcare Center in Dayton and as health and wellness director of a Job Corps program in Cincinnati.

Williams and Pigman are among the thousands of successful Job Corps alumni now working in their chosen careers and leading middle-class lives. Some, like Williams, ascend the ranks in a trade, and others, like Pigman, complete a certificate program and move into a traditional community college or four-year institution for an undergraduate degree or higher.

An alumni roster of two million

Job Corps is a voluntary program, administered by the U.S. Department of Labor (DOL), that provides young people from lower-income households, ages 16 to 24, with free-of-charge education and hands-on career training for entry-level positions. It offers industry-recognized certifications in 82 high-demand industries, according to its website, jobcorps.gov. 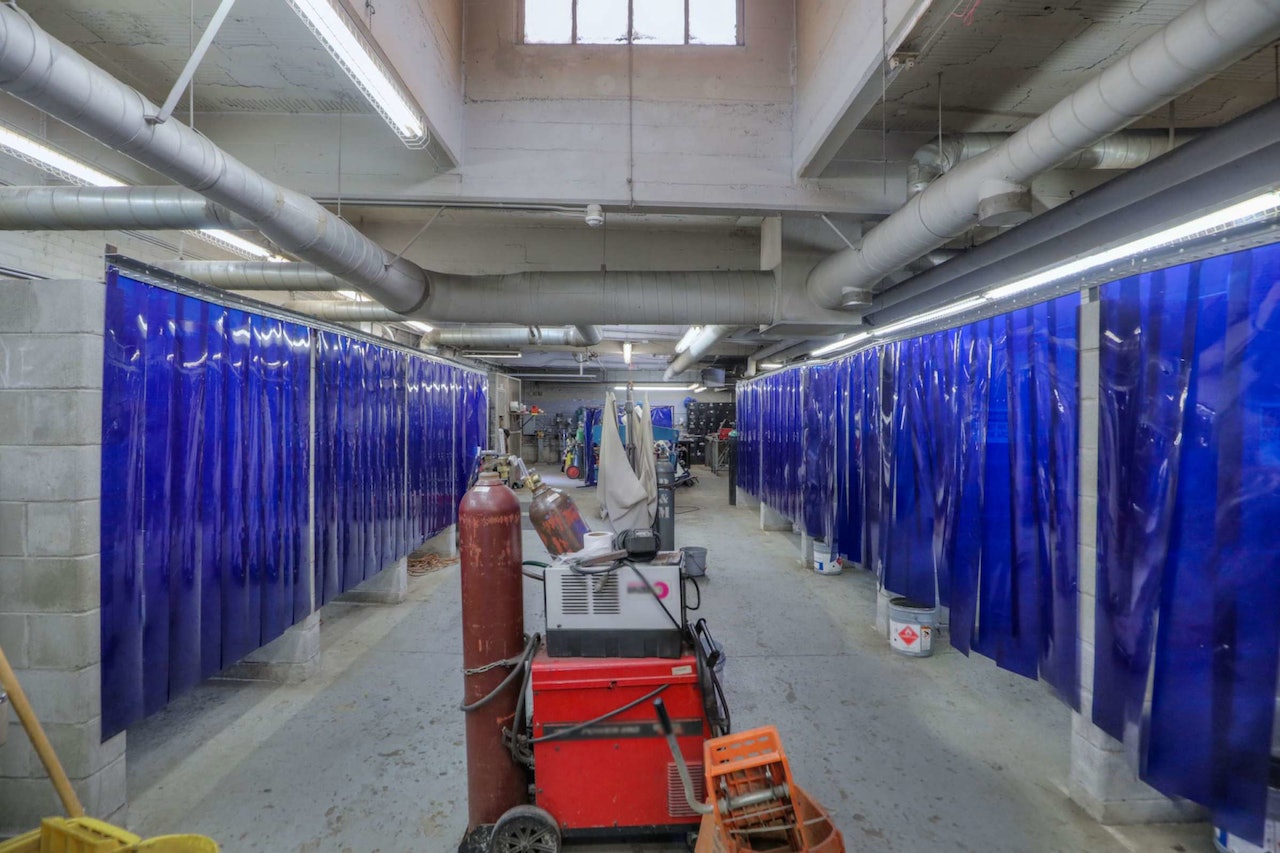 Cincinnati Job Corps welding training facility.According to DOL, Job Corps is comprised of 121 centers throughout the United States, each offering educational training and a variety of vocational training programs for about 50,000 students per year.  As the largest nationwide residential career training program in the country, it has trained and educated more than two million people since its inception in 1964.

In addition to training, Job Corps provides transitional support services, such as help finding employment, housing, childcare and transportation, and its graduates either enter the workforce, begin an apprenticeship, go on to higher education or join the military.

Opportunities are open for veterans who are within the required age limits, even if they have had previous job training in the military or elsewhere, Taylor explains, adding that veterans can either learn new skills or enhance those that they already have.

“I call it a second chance for young veterans,” Taylor adds.

In a scathing 2018 article, The New York Times declared in a headline that Job Corps was “Failing the Students.” The Times mentioned incidents involving alleged drug use and violence at a Texas center dating back to 2014. Taylor’s consulting firm WTEA and its partners appear to be working to combat such accounts and to showcase campus-like locales, high-tech classrooms and successful graduates.

“There have been a lot of what I call upscale changes,” Taylor tells Diverse, “but some of the old impressions are still around — that it’s just for bad kids, for example.” 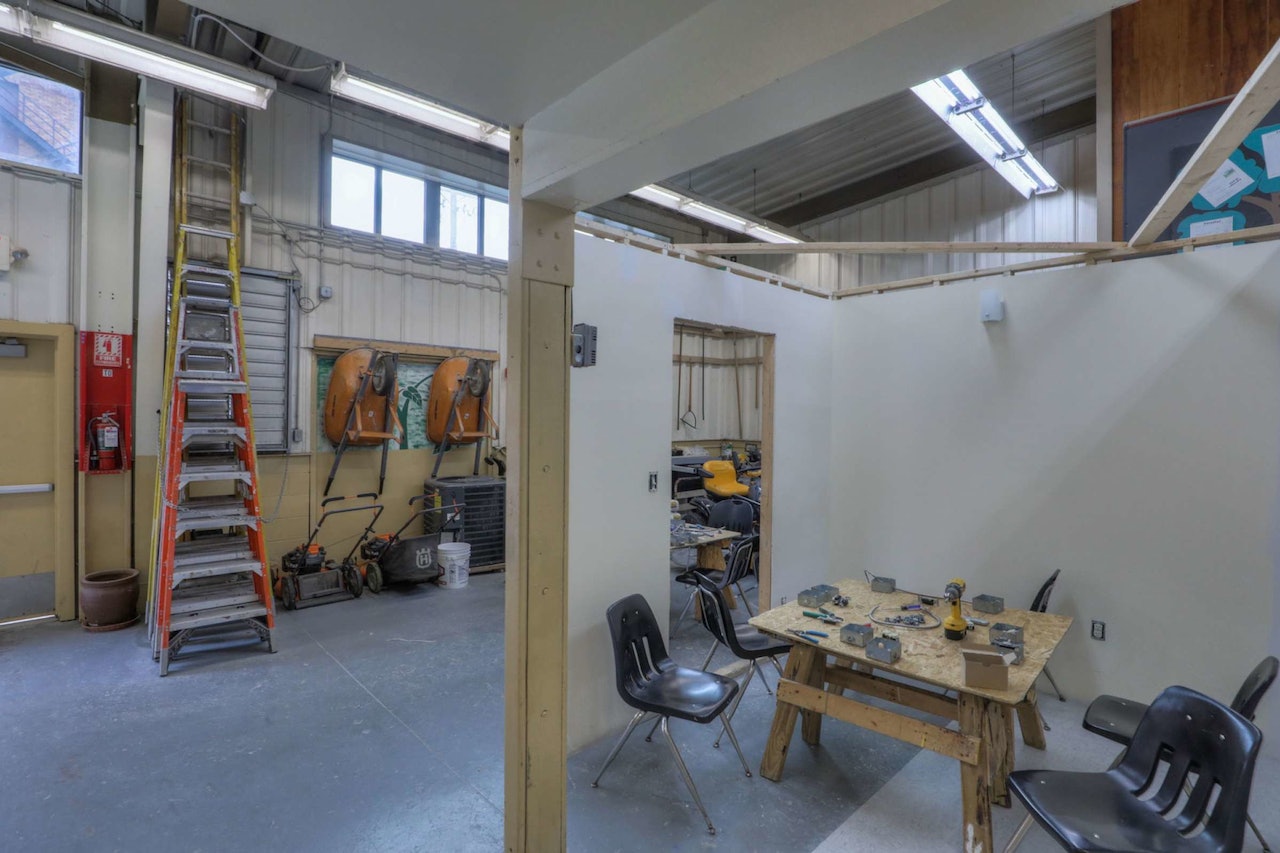 Cincinnati Job Corps carpentry training facilities.Those stereotypes are disappearing, Taylor points out, because of graduates like Williams and Pigman who serve as role models and ambassadors of the program. The $1.7 billion program managed to survive an onslaught of criticism and attempted cuts by the Trump Administration.

Taylor says he decided to work with Job Corps contractors after spending a couple of days with a group of young men who were in the Chicago program and realizing “there are so many geniuses, so many smart individuals and hidden gems. They could have been successful in any organization or at any university.”

The wide range of career fields accessible through Job Corps is another little-known fact, says Taylor. Training opportunities are in 10 high-demand industry sectors including information technology with average annual salaries above $60K, renewable resources and energy, averaging salaries in the $40K range, and homeland security positions with average salaries ranging from $30k to $60K, among others.

Just as traditional campuses have had to make adjustments due to COVID-19 protocols, the Job Corps site states that it is phasing in the return of students to its campuses and the resumption of on-campus operations.

Taylor says that today’s Job Corps, with his company’s involvement along with other partners, takes a holistic approach to the job training process focusing not just on workforce skills but also the social and mental wellbeing of the students. Most of the 123 Job Corps sites around the country are residential programs on campus settings with free instruction, book and materials, housing, meals, healthcare and stipends for other expenses included.

The management of the centers is contracted out by DOL to 15 private operators — according to Taylor, the centers range in size from 150-bed facilities to some with more than 300 beds in residential dorms. Taylor says there are “numerous” available spaces at many of the centers.

Employers are informed on the Jobcorps.gov website that by hiring a Job Corps graduate, “not only will you get a great addition to your company, you will also be making a positive difference in a young person's life.”

As an instructor and an alumnus, Williams is quick to point out that even with its improvements, today’s Job Corps may not be for everybody who needs a career.

“I try to be a mentor,” he says. “I tell [the students] that I walked the same route they walk, but I also tell them they have to want to be here. In the end, it’s up to the individual.”