“I’d love to convince the anti-vaxxers, but I honestly don't know what can convince them at this point,” said Logan Pearce, a graduate student in psychology at Princeton University. “I thought, ‘It’s easier to convince people who already think it’s the right thing to do,' but they’re still not doing it." 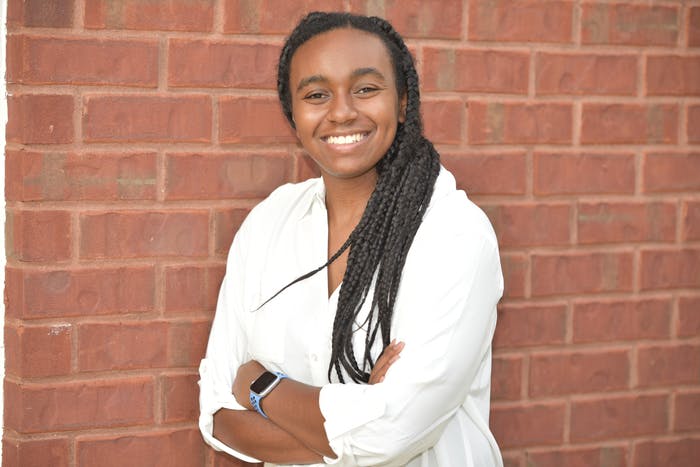 Logan Pearce, a graduate student in psychology at Princeton University.

A recent University of Southern California report revealed that more than 80 percent of adults in the United States agree that wearing a mask is an effective method to prevent the spread of COVID-19. However, people’s actions don’t always align with their beliefs. Only half of the respondents said that they “always” or “mostly” wore a mask when in close contact with other people.

“I kept thinking, there’s a group of people that public service announcements are never going to reach because they already agree," said Dr. Joel Cooper, a psychology professor at Princeton. "Oh, they may not be the most enthusiastic, but they already agree that vaccines are good, and people should take them. But they are the ones who find excuses. ‘Oh, it’s too difficult.’ ‘I couldn’t do it now.’ Those are the people who aren’t going to be reached by the other methods going on, but who can be reached with our method,” he said.

It's critical, Pearson said, to get individuals to behave in accordance with the CDC guidelines, and "not just believe that they are the right things to do."

In search for ways to convince those who are still hesitant about putting thoughts into action, Pearce and Cooper found in their research study that advocacy and mindfulness are helpful in making behaviors consistent with beliefs. The two studied 101 participants via the online tool Prolific, who ranged in age from 18 to 67 and came from 18 countries including the United States, the United Kingdom, Poland and Portugal.

Pearce explained that in previous research, introducing “cognitive dissonance” has proven to be effective in shifting behaviors in people.

“You have people say something that is important to them. So in our case, they had to write that it's important to follow COVID guidelines. And then you also have them remember times that they did not follow those guidelines,” said Pearce. “The combination creates the dissonance, like a feeling of discomfort.”

To resolve that tension, including associated feelings of guilt and discomfort, people are more likely to change their behavior, she said. Similar methods has been used in other research like getting the elderly to exercise and encouraging sexually active college students to wear protection.

To further implement their findings, Pearce and Cooper proposed two steps, including hosting contests where people write arguments about why to wear a mask or be vaccinated.  The contests would be followed up with mindfulness exercises designed to help contestants remember the time they didn’t follow safety protocols. This will not only make contestants shift their own behavior but also help others make better choices.

Pearson said that such contests should be implemented on college campuses throughout the nation.