The racial-barrier-breaking golfer Lee Elder has died at age 87, reports The Washington Post.

Fighting against racial discrimination for much of his career, Elder made headlines in 1975 when he became the first African American to compete in the Masters tournament in Augusta, Georgia, considered one of the sport's last racial barriers. 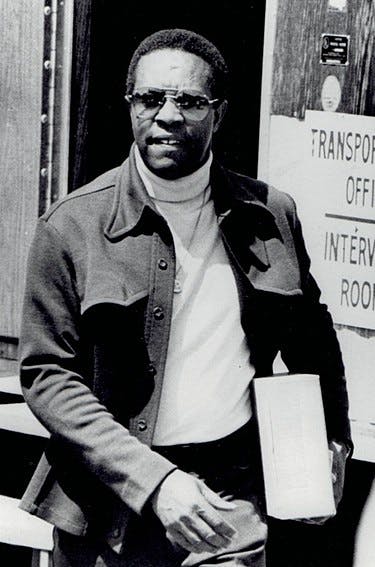 Lee Elder in 1975Born in 1934 as the youngest of 10 siblings, Robert Lee Elder had lost both of his parents by age nine and lived with various relatives before eventually finding himself with family in Los Angeles. There, he began caddying on public courses at age 12. Later dropping out of high school, Elder supported himself as a caddie and golf hustler.

"Mr. Elder had played courses on his knees, on one leg or wearing a raincoat on a brutally hot day (albeit with ice-cold towels concealed within) — all manner of outrageous handicaps to rake in a living wage. He made hundreds, sometimes thousands of dollars at a clip," writes the Post of Elder's younger years.

Eventually, his talent caught the eye of Ted Rhodes, who had competed in the U.S. Open in 1948 and was one of the first Black professional golfers. Under Rhodes' tutelage, Elder's game dramatically improved and he began playing in tournaments.

Elder joined the United Golfers Association (UGA), "the sport’s equivalent of baseball’s Negro Leagues," writes the Post, which notes that "during one torrid stretch in the early 1960s, Mr. Elder won 21 out of 23 UGA tournaments."

After the Professional Golfers' Association of America (PGA) eliminated its "Caucasians-only” rule in 1961, Elder earned a spot on the tour in 1967, finishing ninth out of 122 players at the PGA’s qualifying school, reports The Post.

During his years on the PGA tour, he won four tournaments: the 1974 Monsanto Open, the 1976 Houston Open, the 1978 Greater Milwaukee Open and the 1978 Westchester Classic. His victory on the PGA Tour earned him a spot in the 1975 Masters, one of golf’s four major championships, writes The Post, and he would later qualify to play in five more Masters.

Last April, he had returned to Augusta as one of three honorary starters for the 2021 Masters tournament in April. Survivors include his second wife, the former Sharon Anderson, whom he married in 1995.