Sidney Poitier, the groundbreaking actor who dramatically transformed how Black people were portrayed on screen, died on Friday. He was 94.

Poitier, a fierce advocate for education, became the first Black actor to win an Academy Award for best lead performance in “Lillies of the Field” and the first to be a top box-office draw.

The son of tomato Bahamian farmers on Cat Island, Poitier was the youngest of nine children. He moved to Miami to live with a brother when he was 14, then a year later to New York City, where he started his acting career. 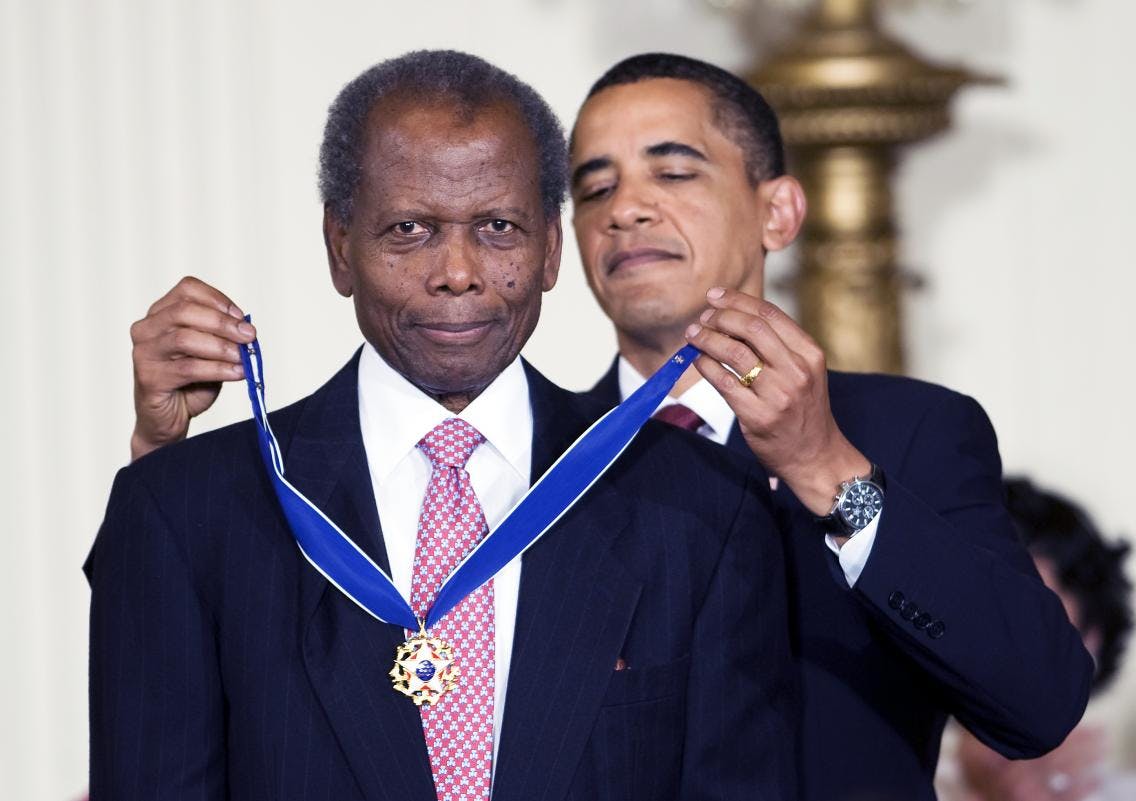 “Through his groundbreaking roles and singular talent, Sidney Poitier epitomized dignity and grace, revealing the power of movies to bring us closer together," former President Barack Obama tweeted. "He also opened doors for a generation of actors."

“He was to Hollywood what Jackie Robinson was to baseball,” said Sharpton. “He broke the color barrier at the top level.”

His performances—particularly in groundbreaking films like “Guess Who’s Coming to Dinner?” put a public spotlight on race.

“I am one of those growing up who was able to see a strong, positive Black man on the screen whose roles were powerful and sent the message that Black people matter, that we are to be respected,” sociologist Dr. Rodney Coates, a professor of critical and ethnic studies at Miami University told NBC. “It seemed every one of his movies was 30 years ahead of its time. You just did not see Black actors in lead roles, standing up for themselves, which was also standing up for Black people. And he did this at a time when they were lynching Black people, having dogs attack them, prayed with water hoses on the streets.”

Dr. Mark Anthony Neal, the James B. Duke Distinguished Professor of African & African American Studies at Duke University said that Poitier was a “trusted racial interlocutor” who provided a “template” for other Black men.

“There’s a scene in the 1863 film ‘Lilies of the Field’ where Sidney Poiter, who earned his first Oscar for his performance and the first for a Black American, painstakingly teaches a group of German nuns the song ‘Amen,” said Neal.

“The affable Poitier is here the trusted racial interlocutor—a role he played regularly throughout his career. In that moment much of the world got to understand Potier’s meaning for Black America, and particularly Black men, as a template for how they could ‘be in the world.’”

Neal said that Poitier was among a generation of Black celebrities like Harry Belafonte, Nina Simone, Dick Gregory, Ruby Dee and Ossie Davis, and Sammy Davis Jr., who contributed financial support and time to the civil rights movement.