ASALH Conference Explores Role of African-Americans in Times of War

Thousands of historians, public school teachers and others committed to learning about the role of African-Americans in times of war will gather at the 103rd Annual Meeting and Conference of the Association for the Study of African American Life and History (ASALH) in Indianapolis next month.

Commemorating the centennial of the end of “The Great War,” the conference will explore the paradoxes of war and the Black liberation struggle for freedom and equality abroad and at home in America. 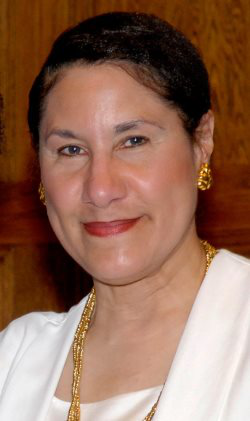 Thursday’s luncheon is a “Salute to Veterans” where the Vietnam War Commemoration will pin veterans who served from 1955 to 1980. Judge Robert L. Wilkins will speak about the history of establishing the National Museum of African-American History and Culture.

The Carter G. Woodson Luncheon on Friday will include a conversation between Drs. Ibram X. Kendi and Heather Ann Thompson, scholars writing on race in America and the crisis of mass incarceration.

Dr. Erica Armstrong Dunbar will speak about the Revolutionary War era and the enslaved woman who escaped from President George Washington during Saturday’s joint luncheon between ASALH and the Association of Black Women Historians.

Finally, Julieanna Richardson, founding director of The HistoryMakers, will speak at ASALH’s Annual Banquet, sharing oral interviews in her archive from the likes of General Colin Powell and other Black military members who played a role in America’s wars.

There will also be plenary sessions titled, “Against US Imperialism: Pan-Africanism and Black Internationalism, 1900-2016” and another, “African Americans and the Great War,” featuring Dr. David Levering Lewis, a history professor at New York University.

Higginbotham hopes that individuals come away from the annual meeting and conference with a collective appreciation for African-American history and for the work of ASALH’s founder Dr. Carter G. Woodson. Further, she encourages individuals to understand that wars in America have always brought about certain levels of progress, but they’ve also brought about certain levels of setback.

“It’s important to just remember both, to not forget the progress that was made but also not to forget the struggles that need to be continued,” she said.

From every single war since the Revolutionary War, Higginbotham can identify historic voices that have said, “This war is incomplete because it does not bring about real equality and real liberty and real justice for all.”

“And so that’s our protest still, and yet we can love our nation, and we want to make it better,” Higginbotham said.

The 103rd Annual ASALH Meeting and Conference will take place from October 3-7, 2018 in Indianapolis, Indiana.