In my work as a professor I have become acutely aware of a variety of rules that govern athletes and sports for the sake of protecting young folks. I have also taken note that few governing organizations or policies manage other student participant extracurricular activities. There are no separate rules, manuals, guidelines, or organizations that serve to organize, manage, or discipline students who participate as gifted dancers, singers, actors, instrument players [bands], or other types of artists. 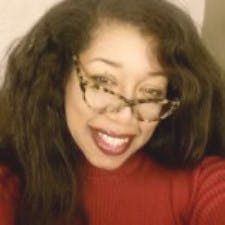 When was the last time that you heard about an actress or singer who was fined for misbehaving? On the other hand, athletes who participate in schools p-20 are held accountable by two sets of standards: by the school as an organization and the athletic program. While administrators may consider such a system necessary to protect students who are gifted athletically, that same system ― a “dual” governance structure does not exist for other extracurricular activities.

Quite frankly, I question school and athletic disciplinary and governance structures that work in tandem for many reasons.

First, there is a built in structural and institutional bias that favors those students who are gifted in other areas. Simply put, since there is no organization specifically devoted to govern or manage other extracurricular activities, then other gifted students who participate in extracurricular activities  in general follow one set of rules ― the school’s guidelines or handbook. Period.

Secondly, and more importantly, while I am no attorney or legal expert, however, a frameworks that appears to discipline or punish twice— sends me to my legal colleagues with questions regarding “neo-double jeopardy.” Students who are athletes are held accountable and disciplined under institutional rules. In addition, they are held accountable to disciplinary action through their athletic programs.

Even more critically, I am not convinced that one governing body, the school for instance, works with the other, the athletic department, to assure that students are not being hyper-punished through “neo-double jeopardy” forms of discipline (over punished because they are punished twice for the same offense).

Let me be clear, I am not suggesting that these other extracurricular activities should be scrutinized. Schoolwide policies, student handbooks, and discipline should serve as thoughtful protocols and guidelines for everyone in schools. I am also not suggesting that other activities should be governed by any organization. Band directors, music teachers, and dance professionals typically follow school policy to support their gifted students. However, what I am asking schools and administrators to do is be aware of the possibility of perpetuating long standing and normalized structural inequality simply by over-managing one extracurricular activity ― athletics. Further, in doing so, student athletes are more likely than other students to be hyper-punished for behaviors that other students may receive less severe disciplinary actions.

Lastly, while unintentional, institutions may systematically create a dual system of punishment that not only over punishes but to over watch students who participate in sports.

This surveillance sets the stage and context for Hester Prynneing.

The central character in Hawthorn’s The Scarlet Letter evokes similar platitudes often expressed in schools regarding athletic “misbehaviors.” Much like Hester wore the adulterers letter to mark her indiscretions and was shunned by the “villagers,” athletes who misbehave (according to some norm) are routinely publicly shamed by fans and teammates. Nowhere have I seen more Hester Prynneing and scolding than in our schools, and typically only within the context of sports.

I would argue that, in fact, organizations do not routinely suppress other types of giftedness as a form punishment. Think about news headlines in the arts sections and in the sports section. How many times have you read about an artist receiving a fine for misbehavior? Ever heard of an opera singer unable to perform opening night because of an indiscretion? In fact, would anyone dare think about not allowing a pianist, flutist, actor, or premiere ballerina to perform because of a disciplinary problem?  Absolutely not, the show must go on! Yet for some odd reason, we are so quick to suspend performance as a form of punishment for athletes.

Unfortunately the result is that it becomes the norm to suspend and fine within the context athletics, and more importantly, it also has become normal to accept inequity as “normal.”