A recently published brief from the American Talent Initiative (ATI) is making the case for colleges and universities to enroll and support more student veterans.

ATI – launched  in 2016 – is a joint group between Ithaka S+R and the Aspen Institute – supported by Bloomberg Philanthropies – with 132 members composed of high-graduation rate institutions committed to a shared goal to enroll, support and graduate 50,000 additional lower income students at the “327 colleges and universities that consistently graduate at least 70 percent of their students in six years” by 2025, according to the ATI site and Emily Schwartz, Ithaka S+R program manager and one of the brief’s authors.

Approximately 49 of these ATI members are a part of ATI’s Veterans Community of Practice, which is committed to improving opportunities for student veterans, Schwartz said. 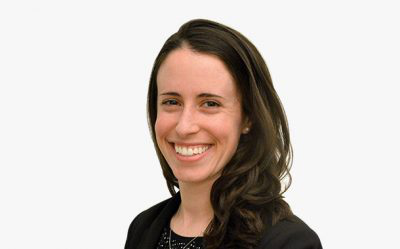 Some of these members – 43 are listed in the brief – include Amherst College, Brown University, Columbia University in the City of New York, Harvard University, Indiana University-Bloomington, Johns Hopkins University and Swarthmore College.

“We know that especially the high-graduation rate institutions have historically not enrolled a lot of student veterans,” Schwartz said.” But many of our members want to change that but are sort of at the beginning stages of building a veterans program.”

“Many of the members of the ATI Veterans Community of Practice are in the beginning stages of enrolling and supporting student veterans, recognizing the opportunity to realize their promise,” Schwartz said. “To support these institutions, and others like them, we’re publishing a series of practice briefs to address the full “life-cycle” of building a veterans program.

The first part of the brief highlights the benefits of enrolling student veterans, including how they can increase campus diversity, how they come with financial support in the form of the GI Bill and how they perform well academically.

The rest of the brief deals with strategies on how to actually garner support for student veterans on campus, including how to involve faculty and student and identify key stakeholders.

Schwartz expects the second in the series of briefs to be released in the spring. It will focus on outreach, admissions and enrollment of student veterans, she said.

“It is not enough to state an intention to enroll more student veterans; that is only a first step. Enrolling more student veterans requires serious investment of time and resources, especially for those institutions that traditionally enroll students who have just graduated high school.”

Student veterans are a population in higher ed that tends to be particularly at risk, Schwartz said. These risks – not discussed in the brief – are described in a previous June blog, of which Schwartz is also an author.

“So much is still unknown about the pandemic and financial crisis’s effects, but some of the things that are concerning when you think about the student veteran population is 1) we know that veteran students are more likely to be Black, indigenous students, first-generation students,” Schwartz said. “And 2.) all of those aspects, which make student veterans a really diverse population and an important one to enroll also have some disproportionate impacts as those populations navigate the pandemic and financial crisis.

“The demographics of student veterans is something certainly to keep in mind as we look at the impact that the pandemic is having on enrollment,” she said, adding that community college enrollment is down approximately 10% but for-profit institutions have not suffered much of a decline. Historically, student veterans have not attended high-graduation rate schools – which are also highly selective – in high numbers. Many start off at community college and for-profit institutions.

Equally concerning is that many for-profit institutions have histories of predatory practices when it comes to student veterans, such as the 90/10 GI Bill loophole, Schwartz said.

“The bigger question is what do we do with all the other vets that are going to much less selective institutions. The big questions are: Are those institutions serving them well? Could they serve them better? Are they wasting their GI Bill dollars or are they putting them to good use by the school’s that they pick. What’s the right way to think about those vets that are attending those schools need? What should those schools be doing that they’re not doing?”