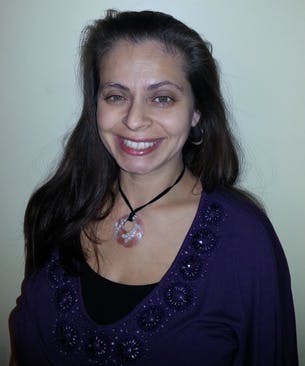 Dr. Flavia Peréa believes that “change happens in action.” The 38-year-old, self-described “accidental academic” has spent most of her adult life working in education, from low-resource public schools to elite private school settings. That work further developed an interest in issues of equity. Now an assistant professor in the department of public health and community medicine in the Tufts University School of Medicine, Peréa’s work focuses largely on health disparities.

“My work, in general, is applied and community-based, with a particular focus on youth and families,” says Peréa, who joined the Tufts faculty on a non-tenure track in 2010. “I came to my Ph.D. with the idea — it sounds corny and idealistic — that we all need to do something to make the world a better place.”

For Peréa, a native New Yorker, that means working to improve the lives of children and families. The child of immigrant parents — her late father, who is of Mexican and Argentinian descent, fled political persecution, and her mother emigrated from northern Italy to the United States with her parents on a steam ship — Peréa’s story is one that has played out in varying forms in this changing American population.

Her work focuses on what that change might mean to this country, from making sure everyone has access to quality education, increasing access to health care and helping to grow the work force. Peréa released her first book, Language, Gender, and Academic Performance: A Study of the Children of Dominican Immigrants, in 2011. She has written or co-written seven scholarly articles, four book chapters and has seven publications under review, revision or in preparation. In addition, she has received numerous fellowships and grants.

“I learned some particular lessons before I started my Ph.D. and certainly before I started in academia — like that every child has a sparkle and a potential,” Peréa says. “Unfortunately, for many reasons, it’s extinguished or never has the opportunity to thrive.”

It’s working to make sure that youth have that opportunity to thrive that brought Peréa to Tufts. Dr. Aviva Must, the chair of the department where Peréa works, says that she came to the university on a grant she received from the Robert Wood Johnson Foundation. That grant investigates how young people can understand that they can have an active role in changing their towns and cities.

Must describes Peréa as someone who “knows her own mind” and is a “clear thinker.” Peréa’s master’s degree in education only makes her a more valuable member of the faculty. “In Flavia’s case, she’s a very skilled educator; she takes it very seriously and thinks about how to engage learners,” Must says, adding that Peréa and another faculty member won a grant to pilot a program to bring diversity to the curriculum.

Peréa’s path to the academy was a winding one. When she started her doctorate, she had the idea that she would work hands-on in program development. Instead, she seeks to marry research and practice in a way that engages students in real-world work.

“The issues that have interested me most were around education and systems change and issues of equity,” Peréa says. “At the end of the day, whether you’re talking about disparities in education or the academic achievement gap or higher morbidity and mortality among Black and brown people, it’s about the really gross inequities that are deeply entrenched in all segments of society.”