For Dr. Patrick Wilson, from the nascent stages of his career, working in academia has always been about making a difference in public health issues in his community. “I think it all came together around the middle of my (doctoral) program,” he says. “Since graduate school, I’ve been doing work that I feel is immediately making an impact.”

The 35-year-old Columbia University professor has focused his research on HIV prevention and ethnicity and sexuality among gay men in the United States. Specifically, he has zeroed in on the intersection of psychological factors like identity and socio-contextual factors such as stigma and discrimination.

Dr. Hiro Yoshikawa, Wilson’s academic adviser during his doctoral years at NYU and now an academic dean at Harvard University’s Graduate School of Education, says Wilson has made extraordinary contributions to the field.

“I think his mix of qualitative and quantitative methods provides a richer perspective to inform HIV/AIDS prevention for these neglected populations,” he says. “I have learned a lot from his publications about how racial and sexual stereotyping can increase health risks, especially those related to HIV/AIDS.”

As a gay Black male, Wilson says his identity has greatly influenced the populations he looks at and the way he approaches problems that affect various groups. In the future, he hopes to delve into research on Latino gay men in New York City. With advances in drugs that have significantly improved the lives of those with HIV/AIDS, Wilson says the battle against AIDS has become a question of access to technology and services among minority communities and fighting stigmas.

While Wilson calls Yoshikawa a mentor, he says it was another mentor, Dr. Kathleen J. Sikkema, who guided him through a groundbreaking project. From 2002 to 2004, Wilson was involved in the implementation, data collection and data analysis of a secondary HIV prevention intervention, LIFT: Living in the Face of Trauma, for people living with HIV who experienced childhood sexual abuse. This intervention has since made its way to the Centers for Disease Control and Prevention’s Compendium of HIV Prevention Interventions with Evidence of Effectiveness. “That was a huge endorsement of that intervention. It was definitely a milestone,” says Wilson.

Sikkema, now director of doctoral studies at the Duke Global Health Institute, helped him take it up a notch, he says. “I now have a large-scale NIH RO1 grant, due in part to experiences I had in working with her at Yale. She really taught me how to do NIH-funded, high quality research in that regard. There is always, for me at least, very specific information that I am getting from my mentors,” Wilson says.

He ticks off several mentors at his own institution — the chair of his department, Dr. Lisa Metsch, and Dr. Richard Parker, also a professor of sociomedical sciences at Columbia — but notes it is important to have mentors outside your institution as well, like Dr. Rafael Diaz, whom he says helped him understand nuanced views of the demographics he looks at. “I think it’s really important to have mentors outside your department and outside your university altogether because you can get other angles and vantage points on not just tenure, but how to situate yourself on how to make an impact,” says Wilson.

Driven to serve his community, Wilson says the most memorable moments are when “you impact a classroom or a student in a really meaningful way because they have learned skills to apply to their own knowledge, and they are helping their own population.” 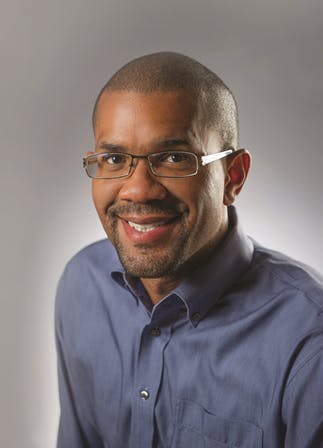