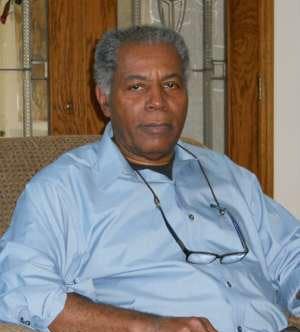 Retired and battling Parkinson’s disease, Dr. Bunyan Bryant, 78, says his work is not finished yet as he cites global warming as an unprecedented threat.

It has been more than two years since Dr. Bunyan Bryant bid farewell to the classroom, ostensibly ending 40 years of making waves in academia and government about the importance of environmental justice for Blacks and the poor in America and in developing countries.

Though he is retired and battling Parkinson’s disease, Bryant, 78, says his work is not finished yet.

The social worker and community organizer turned academician says he’s still doing his best to fight for a public issue largely ignored by racial minorities, who have generally considered environmental protection to be a White issue. Bryant says he is updating his book on environmental issues and race and is writing several papers related to the issue.

“The calling for the next generation is much greater than the calling for me,” Bryant says, referring to the environmental challenges facing young academics today compared to when he started his academic teaching career. “There’s nothing in the past to compare with [today’s] global climate change.

“Global climate will impact everyone,” continues Bryant, referencing how floods and droughts are worsening due to human degradation of the environment.

Bryant’s focus on the environment grew by accident. While studying for his doctorate in education at the University of Michigan in Ann Arbor in the late ’60s, a professor approached Bryant. The professor proposed that, upon graduation, Bryant should come to the School of Natural Resources and Environment and teach students how to organize around environmental issues.

The idea seemed a little far-fetched, recalls Bryant. He was initially focused on civil rights, serving as the local co-chair for the Congress of Racial Equality (CORE). He didn’t see any connection between civil rights issues and environment issues.

Bryant took the offer for a year, despite his initial skepticism. He used the time to read more about the environment and civil rights. In the process, he concluded there was a connection between the two.

He learned that garbage and trash dumps were more likely to be in Black and poor neighborhoods. The same was true for toxic waste dumps. Health reports showed Black and poor people were suffering high rates of various illnesses due to lead-based paints being used in their apartments and houses and, possibly, from toxic wastes polluting the air, water and ground in their neighborhoods.

From his research, Bryant started refining his messages in class. Soon, several of his students were talking about environmental justice.

“When he started, I had never heard of environmental justice,” says Dr. Percy Bates, professor of educational psychology at the University of Michigan and a member of Bryant’s doctoral committee.

Today, Bryant’s fingerprints are all over the educational and political landscape, even if he is not credited as an influence or contributor. Numerous universities have some version of environmental justice courses or programs in their curriculum. Civil rights groups, including the NAACP, have environmental justice sections. The Environmental Protection Agency and many state and local governments have programs and policies rooted in the efforts of Bryant and his peers, such as reducing lead in paints, cleaning toxic dumps near poor and Black areas and barring disproportionate placement of waste sites.

Indeed, Bryant was at the start of a movement whose impact would not be totally felt for nearly two more decades.

During the 1970s and 1980s, there were incidents around the country focusing on environmental actions among Blacks and the poor. In 1979, Black residents in Houston, Texas, sued the city to halt its plan to put a trash dump on a site near a middle-class Black neighborhood. In 1982, residents of a largely Black county in North Carolina sued the local government to halt a toxic waste operation the government had approved.

In 1990, Bryant and his colleague, Dr. Paul Mohai, brought together an army of social justice advocates and academics from around the country to the conference “Race and the Incidence of Environmental Hazards.” Born out of that conference was the Michigan Coalition, which called upon Environmental Protection Agency director William K. Reilly and several members of Congress to address how Black and poor neighborhoods were being disproportionately impacted.

Bryant stresses that the gains made on the environmental justice front were not his alone, despite the recognition he gets as a pioneer. He notes he was one among a number of growing voices who eventually received some national response on the cause.

The challenge today, Bryant says, is for his peers and those behind him to take the baton and keep championing efforts to take care of the environment and the people affected by it. He adds that man’s harm to the environment and climate “could be the greatest environmental injustice of all. This planet is so small, and we can’t afford to destroy it.”