WASHINGTON – Health and education have a major impact on each other, and collaborations at all levels involving families, schools, policymakers and other stakeholders are essential to improving outcomes in both areas for students – especially those from low-income, rural and other under-served populations, speakers said at an event Tuesday co-sponsored by the Bipartisan Policy Center and the Healthy Schools Campaign.

“The bi-directional impact of education and health should be a consideration for policymaking,” said Dr. Anand Parekh, BPC’s chief medical adviser and moderator of a panel discussion that focused on the theme “Education and Health: Twin Pillars for Thriving Students.” 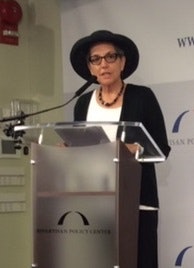 Promoting student health and well-being within schools and off-site beginning in early childhood is important because it can enhance the success of students in general and help close achievement gaps that plague underperforming groups in particular. Educators and policymakers agree that eliminating disparities earlier will improve access and success later in post-secondary education and in life for underserved groups.

She described a rise in asthma, diabetes and other health problems among students, noting that one in five children has a diagnosable mental health problem ranging from attention deficit disorder to anxiety and depression – with disproportionate representation among Hispanic, Black, immigrant and low-income children.

Other factors are part of the picture, Davis said, such as insufficient physical activity, higher exposure to environmental toxins, food insecurity, trauma and inadequate access to health care. Those conditions contribute to higher rates of chronic absence from school among those groups, which data indicate have significant adverse impact on learning and academic performance at early grade levels, she said.

A number of initiatives can be found across the nation, she added, “and the challenge is making these changes scalable and sustainable. To do that, we need systems-level change.”

Policies should be implemented that encourage partnerships dedicated to prioritizing students with the greatest need and provide adequate funding and accountability, Davis and panelists said.

Healthy school, home and community environments make a difference in student performance, which has implications for well-being after high school, said Dr. Bill Frist, the former U.S. Senate majority leader from Tennessee and a senior fellow at the institute.

Frist pointed out that people who attain four years of college not only live on average more than five years longer than people who don’t complete high school, but they also have less heart disease, diabetes and obesity.

Social determinants, Frist said, are more important than insurance and doctors when it comes to infant mortality rates and many other health issues.

“Education is a primary social determinant of health,” said Frist, who earned his medical degree at Harvard and later worked as a hospital surgeon. “There’s not just correlations, but there’s causality involved.”

Using data and technologies available now that were unavailable five years ago can help, he said, alongside wise use of benefits provided by laws such as the Every Student Succeeds Act passed by Congress in 2015. 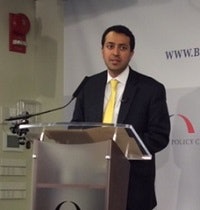 Dr. John B. King, president and CEO of The Education Trust and former U.S. education secretary, said he is encouraged by growing awareness among states and school districts about the need to connect students and their families to quality health services and efforts to translate data about chronic absenteeism into action plans.

He described initiatives such as free and reduced-price lunches and breakfasts in schools and nutrition programs on wheels for food-insecure children through the summer.

“We need to get some of the policy barriers out of the way and work to scale some of these solutions,” said King.

Scaling programs to a state level that work locally will require adequate funding at the state level and work by schools and district administrators to identify and take advantage of opportunities for partnerships, said Frist.

And a shift is needed, he said, to focus more on reimbursing for value-based health and wellness model than on the traditional fee-for-service model.

Systemic barriers in local governments can be removed and communities better served by allowing practice to inform policy rather than using policy to direct practice, said Pedro A. Rivera, Pennsylvania’s secretary of education and board president of the nonpartisan Council of Chief State School Officers.

Rivera stressed the necessity of public-private and other partnerships among local stakeholders, working together with a long-term focus to make a “collective impact to serve the most vulnerable communities and focus on equity.”

In the process, he added, those in the undeserved communities must be given a voice.

No matter how well-planned and well-intentioned an effort, Rivera warned, “if we don’t involve them in the process, there’s going to be pushback.”