Measles outbreaks across the United States have put a spotlight on student health, which already has taken on a heightened sense of urgency on college campuses worldwide as schools address increasing mental health issues and related problems among degree-seekers.

From stress and anxiety to depression and drug abuse, student mental health issues are fueling a rise in suicides and diminished well-being that affect academic performance and quality of life. And while many schools are responding with increased services aimed at prevention, more needs to be done, experts say. 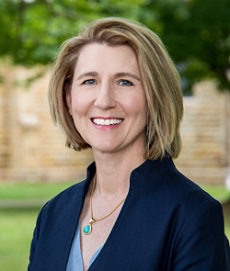 In the U.S. and abroad, colleges and universities struggle most with student mental health issues and related physical ailments, according to the International Association of Student Affairs and Services (IASAS), a nonprofit student-advocacy organization that spans more than 180 countries.

“We are seeing more issues in higher education than ever before because the high schools are managing to support students with challenges, and then these students complete high school successfully and are then joining higher education,” said IASAS president Achim Meyer auf der Heyde.

Multiple stressors affect student health, he explained, including “academic pressure to succeed in minimal time and financial stressors when students study without additional financial support and are also expected to support their families, which is often the case in developing countries.”

And that’s not all.

A study of German college students conducted in 2017 highlighted trends that can be generalized across Europe and the globe, said IASAS vice president Dr. Birgit Schreiber. Among key findings:

· Although more than eight in 10 students described their overall health as good or very good, with male students more likely to do so than female students (84.2 percent compared to 79.6 percent), one in four students reported a high level of stress.

· Exhaustion was the most common burnout dimension and affected about one in every four students.

· Students who studied for eight or more years were significantly unhappier with their life circumstances than other students, suggesting that multiple changes in study direction and program – coupled with incompletion of degrees – correlates to lower rating of personal health.

· The higher the academic year, the more distinct a student’s feeling of loss of meaning of the studies.

Mental health and related issues such as stress, anxiety and depression rank at the top of health concerns on campuses, as rates of suicide and withdrawal from school have increased.

Student health “is a topic that is constantly on my mind and the minds of my colleagues,” said Meredith Harper Bonham, vice president for student affairs at Kenyon College, a fully residential school where about one-third of the 1,700 students play varsity athletics. 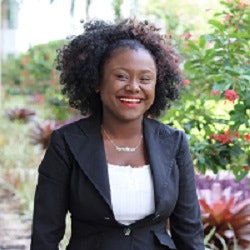 Concerns and conversations about student health also are major topics within the NCAA conference and the National Association of Student Personnel Administrators, Bonham added, with mental health overtaking alcohol in recent years as a primary concern at Kenyon and nationally.

“It’s been an incredibly rapid shift that we’re just trying to stay ahead of,” she said, citing upticks in reports of anxiety and depression.

Like other schools, Kenyon offers counseling services to students. Programs and initiatives such as a health and counseling center promote disease preventive and health maintenance with a focus on holistic wellness, she said.

For example, Kenyon inaugurated the “Eat Well, Sleep Well, Be Well” initiative last fall to encourage students to be intentional about a wellness lifestyle. And in April, the college hosted a visit by Dr. Jean Twenge, a San Diego State University psychology professor whose book iGen looks at those born after 1995 – the first generation to spend its entire adolescence in the age of smartphones – and why they are experiencing record levels of loneliness, anxiety and depression.

“We have been reimagining the ways in which we deliver the services to our students,” said Bonham, noting that Kenyon is populated with high-achieving students who lived very structured lives in high school and sometimes need assistance adjusting to college life.

Administrators at Kenyon, which has a freshman-to-second year retention rate of greater than nine in 10, noticed that withdrawals began to inch up in recent years as some students felt unable to cope with some of the pressures of college, Bonham said. A similar trend was occurring at other schools, they found, and determined to help their students manage stress and anxiety better.

“It would be a missed opportunity if we did not take advantage of the fact that all of our students live here,” she said, “and therefore we can contribute to their education by teaching them some skills they need to be successful not just in school, but in life afterward.”

A similarly preventive approach is taken by other schools, such as the 57,000-student Florida International University.

As of May 24, Florida was among 26 states on alert by the Centers for Disease Control because of reported measles cases. FIU is prepared in case measles appears on campus, part of a multipronged approach to student health that includes online education, daily health tips on Twitter and Instagram and other initiatives through the Healthy Living Program in Academic and Student Affairs, said that division’s senior vice president, Dr. Elizabeth Bejar. 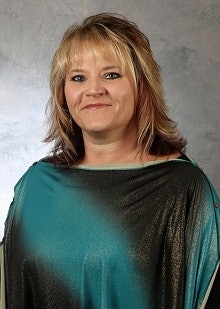 The minority serving institution also has health screenings, medication management, a victim empowerment program, initiatives to address food and housing insecurities, a counseling and psychological services center for individual and group therapy and an array of other services intended to create a campuswide climate of healthy living.

As at other schools, FIU students pay a health fee each semester. The university subsidizes the remaining costs so that affordability is removed as a barrier.

That encouraged Guethshina Altena to educate herself about wellness as she earned a bachelor’s degree in communication arts.

Altena, who graduated this month, said she was “a regular customer” at the FIU Student Health Center.

“If you are a student, you don’t have to pay a dime to walk into that building and find some help,” said Altena, a Haitian native who came to the U.S. with her father and four sisters following the catastrophic 2010 earthquake in which her mother perished.

Health care access and affordability was difficult prior to enrolling at FIU, she said. But once she arrived in campus, she went out of her way to “take advantage of all of my benefits as a student.”

Hypertension runs in her family, and she learned about healthy cooking and eating from a dietitian and got a preventive health screening each semester. As she matriculated, she routinely picked up free health literature and benefitted from massages, acupuncture treatments and aromatherapeutic oils, all of which were available on campus and broadened her perspective on healthy living and self-care.

Services at the center and through student affairs were convenient, usually quick and helped her manage stress and a range of physical ailments during her years in college, she said.

Student health services vary widely from school to school and from nation to nation. Within the United States, student experiences often differ not just because individual financial means differ, but because health care availability and affordability vary widely from campus to campus.

“Schools often offer different types of services on campus, have varying models for mandating insurance, billing insurance, charging student fees, charging for services, providing free health and or mental health services, limiting the number of sessions a student has access to, hiring specialists to work within campus health services, offering lab, pharmacy, and radiology services on campus, and the list goes on,” said Stephanie Hanenberg, president of the American College Health Association and executive director of health services and the Recreation and Wellness Center at the University of Colorado at Colorado Springs.

“If a school does not have health or mental health services provided on campus, students may struggle to find affordable community resources that are easily accessible,” said Hanenberg. “Schools without a mandatory insurance requirement often have uninsured students that may not be able to afford charges at a community-based clinic, which can also be an issue for students on high-deductible plans or on plans like Medicaid that have limited community providers that accept their insurance.”

Many campuses with expansive health services often are able to meet most student health needs, she said, but a rise in reported mental health issues “has forced many campuses to create new approaches to providing care in order to meet a greater number of students’ needs.”

According to one survey, 65 percent of students who received service for a physical or mental health need served at the university’s wellness center said they would not have such access in the wider community because of financial or transportation barriers, Hanenberg said.

“My campus does not require student insurance as part of a student’s enrollment, so many are uninsured or underinsured, which makes it difficult for them to afford care in the community,” she said. “This is why we offer services at a very reduced rate and try to manage as many issues as possible in our center, knowing students won’t be able to access that same care in the community.”

Efforts to manage student health take different forms around the world, from a law enacted in Germany several years ago that was amended to mandate preventive health practices in higher education to a transnational program in South Africa established to address the physical and psycho-social effects of HIV/AIDS among college populations.

“Overall, universities recognize that supporting students’ psycho-social and physical health and wellbeing is translating into institutional and student success,” said Schreiber, an international editorial board member of the Journal of College Student Development.

She recommended that all schools institutionalize student health management across campus constituencies; establish structured reporting of health and wellness issues and accountability measures; regularly survey students about their health situations; and develop participatory approaches for preventive and health-promoting measures relative to issues such as mobility, nutrition and mental health, including measures for students with chronic diseases.