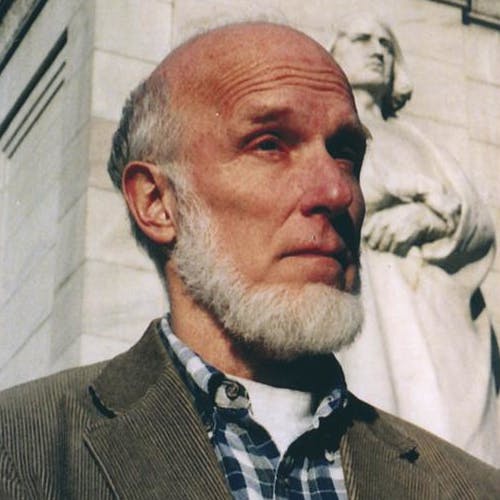 “Telling the truth about the past helps cause justice in the present,” Loewen wrote. It was his guiding principle.

The book, which sold more than a million copies, was first published in 1995 and confronted incorrect or misleading historical pedagogy in American schools. Loewen went on to publish more in the series: Lies My Teacher Told Me About Christopher Columbus; Lies Across America: What Our Historic Sites Get Wrong; and Lies My Teacher Told Me: Young Reader’s Edition.

Loewen’s books were inspired by his time teaching at Tougaloo College in Mississippi, a historically Black college in Jackson, Miss.

The year was 1969 and Loewen was teaching a freshman social science seminar. On the first day of the semester, the Harvard-trained sociologist posed a basic history question to his students: define the period in U.S. history known as Reconstruction.

While the students’ answers ran the gamut, the overall response boiled down to something like this — Reconstruction was the period after the Civil War when Blacks, newly freed from slavery, assumed leadership positions in government, screwed up and Whites were subsequently called in to save the day.

“I was stunned,” Loewen told Diverse in a 2013 profile.  “How hurtful this could be [that] the one time African-Americans have taken center stage in American history, and [they] believe that [they] screwed up? What does that do to your psyche?”

Born in Decatur, Ill., to parents who held egalitarian views, Loewen enrolled in Carleton College in 1960 and eventually switched his major from chemistry to sociology. His interest in race relations piqued after he read John Dollard’s Caste and Class in a Southern Town, which examined life in Indianola, Miss.

While his peers were spending their junior semester studying abroad, Loewen headed to the Deep South in 1963, just a few months after James Meredith became the first Black to integrate the University of Mississippi. Loewen spent three months living and studying at Mississippi State University, which, at the time, had one of the best sociology programs in the state. But like most places in Mississippi, African-Americans were prohibited from enrolling. “That’s why I went there,” says Loewen, who had experienced racial integration growing up in Decatur.

It was during this time in Mississippi that Loewen began his own research on race relations, and met prominent civil rights leaders like Medgar Evers and Dr. Ernst Borinski, a sociology professor at Tougaloo who was a recognized academic figure and a fierce advocate for integration.

Loewen was accepted into a doctoral program in sociology at Harvard where he wrote a dissertation about Chinese Americans in Mississippi. When he graduated, he landed his first teaching job at Tougaloo and remained there, even earning tenure, until he left in protest following the decision to allow the ROTC program on campus.

But shortly after he arrived at the University of Vermont, Loewen became frustrated by the university’s efforts to attract minorities to campus. “I was dissatisfied, so I kept leaving,” he told Diverse, taking sabbaticals and short leaves of absences, during which, at one instance, he became director of research at the Center for National Policy Review, a non-partisan, public policy organization that was housed at Catholic University’s law school.

And then came Lies My Teacher Told Me, which was followed by 1999’s Lies Across America: What Our Historic Sites Gets Wrong, a book that also dismantles the myths and misinformation that Loewen believes too often passes for American history.

"He changed my life," said Moore. "Jim never stop encouraging and inspiring me to research, write and become #MooreGoodTrouble."

Loewen was diagnosed two years ago with stage IV bladder cancer. He is survived by his second wife, two children, four grandchildren, and his sister.

Walter Hudson contributed to this article.