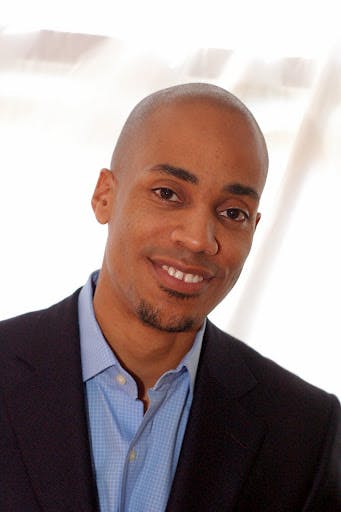 Improving higher education in the United States is now part of the national education narrative. Increasing the number of graduates, assessing what a graduate knows, finding fairness in remediation, corralling college costs, addressing equity and access, challenging the relationship between citizenship and admission and envisioning the 21st century university are all topics on the minds of university faculty and administrators across the country.

These issues lie at the intersection of higher education policy and national economic interests. The argument goes that U.S. economic competitiveness and social cohesion are linked to the health of higher education and the number and quality of graduates the nation produces.

In STEM fields, the Presidential Council of Advisors on Science and Technology (PCAST) reported that the nation will need 1 million more STEM graduates over the next decade in order to maintain U.S. standards of innovation and economic growth. The National Science Foundation recently released the Graduate 10K+ Initiative to spur the graduation of 10,000 more computer scientists and engineers per year. More broadly, at the state level, Georgia recently adopted a new comprehensive higher education plan that calls for 250,000 more graduates from its university system and technical college system over the next eight years. While these plans are essential, they leave the question of whom these 21st century graduates will be, unanswered. An interesting question, when the K-12 system looks across to the higher education system.

In the cadence of Frederick Douglass, “What, to the Chicago Public School child, is your national education narrative?”

Those children may well answer, as Douglass suggested, a plan that highlights “the gross injustice and cruelty to which he is the constant victim.”  The Chicago Teachers Union strike demonstrates the disproportionate dependence Black and Hispanic children have on public education in the nation’s major urban centers. The Chicago strike is affecting more than 400,000 students. It is no secret that large urban public education systems across the country are made up of predominantly Black and Hispanic students, the majority of whom are children of the poor and working poor. The consequences of public bickering, budget reductions and ever-changing political and educational policies are borne by children and families most dependent on public education.

According to the U.S. census, the city of Chicago is 78 percent White, 15 percent Black and 16 percent Hispanic — proportions almost identical to those for the United States as a whole. The Chicago public school system, however, consists of 9 percent White students and 41 and 44 percent Black and Hispanic students respectively. Additionally, 87 percent of all students in the Chicago public school system come from low-income families. That leaves 347,440 Black and Hispanic students and 36,360 White students locked out of school. De facto educational segregation is creeping back into the narrative.

So what does the strike say to the students themselves?  One possibility is that their teachers are fighting to ensure that they get the best education possible. Another possibility is that they feel abandoned, that the people charged with teaching them locked them out. The nuances of the argument — that teachers’ wages should be tied to students’ performance on standardized exams — likely does not resonate with children. If it does, it is surely a stress that a child ought not bear. An amended mantra would be, “Do well in school, it is important for your future… and the livelihood of your teacher.”

Young black and Hispanic public schoolers in Chicago are not alone. Atlanta Public Schools was recently ravaged by the largest school system cheating scandal in the United States. Nearly all of the schools involved were predominantly Black schools. On the heels of the cheating scandal, Atlanta public school officials conducted a redistricting process that resulted in 7 public schools being closed. Of the 2,032 students whose schools were closed, 1,978 of them were Black students, nearly all of whom were low-income. Similar to Chicago, White children and families were disproportionately unaffected by this massive shock to the educational system.

Urban K-12 school districts around the country are all experiencing some version of this tragic tale of resegregation and educational failure. It is the grim prologue to the higher education narrative. If state departments of education are incapable of meeting these challenges alone, the not-for-profit higher education community has the responsibility to engage. We want 1 million more STEM graduates by 2022, but nearly half a million of them are sitting outside of locked schools in Chicago right now. If we are not careful, the national education narrative will end with the success of the privilege and the lament of those locked out.

Kamau Bobb is a research scientist at the Center for Education Integrating Science Mathematics and Computing (CEISMC) at Georgia Tech.