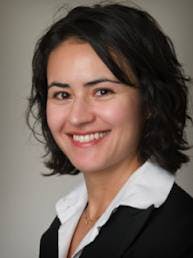 While economic interests rely on increased enrollment in STEM (science, technology, engineering, and mathematics) education, the thrust toward minorities pursuing technical degrees—particularly postgraduate degrees—has become an even larger priority. However, the voter-bans on affirmative action may prevent the rise of a diverse STEM field, according to a recent study.

After the U.S. Supreme Court case Fisher v. University of Texas at Austin, researchers published an influx of data, pointing to the declining enrollment number of minorities at graduate schools where affirmative action is banned. Amid such data, the number of minority students present in postgraduate education was even lower at schools with bans. The study, only focusing on subjects including natural sciences, engineering and social sciences, found a 2 percent decrease in minority enrollment within each subject.

The study purposely neglected to incorporate international students, as that analysis differed for domestic students. In addition, students who are Asian American and Pacific Islanders were also excluded, as they don’t broadly define the notion of an underrepresented student of color, according to the study.

Liliana M. Garces, assistant professor of Higher Education at George Washington University, took a quantitative analysis in the study of states: Arizona, California, Michigan, Nebraska, Oklahoma, Washington, Florida, New Hampshire. In such states where administration is restricted from using the consideration of race in higher education admissions, African-Americans and Latinos made up less than 5 percent of the population in scientific fields. Aggregating most of her data from the Council of Graduate and the Graduate Record Examinations, Garces tracked the postgraduate enrollment levels before and after affirmative action bans.

Garces explained, “In the field of engineering for example, there is an overall decline of about 26 percent. For this study, the quantitative analysis looks at the impact across the states within each of these fields and it’s looking at averages across institutions.”

Although Garces found glaring gaps in minority enrollment for STEM fields, she was unable to make further conclusions of the admissions process in voter-ban states, as that information is oftentimes not easily measured. Without such data, it poses complexities on determining the flaws in admission practices.

“There could be a strong factor that institutions have responded differently to affirmative action bans. One of the factors that the quantitative analysis can’t explain is determining how institutions change their policies,” said Garces.

However, minority enrollment within the postgraduate sector is certainly not a new phenomenon. While Garces illustrated recent data around STEM fields, such postgraduate gaps have appeared as a result of voter-bans. In states such as California and Washington, where race-based considerations have been barred for quite some time, studies have found lower minority enrollment in postgraduate fields of medicine and law. In both fields, there has been a similar decline of 2 percent of a diverse postgraduate population.

Typically, studies have based data around the 2003 Supreme Court case Grutter v. Bollinger, which maintained legal action of racially conscious admissions upon limited use. Garces noted that post-Grutter, the average graduate school enrollment for African-American students increased by 46 percent and 35 percent for Latino students. Shortly after states began to mandate racial consideration, those numbers decreased by about 2 percent.

For Garces, the drop in minorities at the postgraduate STEM level poses a larger crisis than the quantitative analysis would suggest. Lowering the amount of minority students had a profound impact in former studies where minority students felt estranged and unwelcomed, causing restraints on the persistence of underrepresented students.

In order to reach that conclusion, she compared the struggle of underrepresented students with those of women of color in the STEM field. In a 2007 study that she cited, Garces found that the “social and cultural climate” in science-related fields is the most prominent barrier to a minority woman’s career trajectory. Problems like isolation have been cited to present more difficulty for the persistence of women of color than typical barriers such as financial aid or the composition of faculty.

On a larger scope, the lacking representation of minority students, both men and women, seems to impact the economic structure. With national efforts directed toward creating a global economy, government officials have exerted a large effort on building strong STEM programs. Agencies and higher education facilities have increased STEM recruitment as a critical component to providing economic competitiveness for the country. However, the lacking representation of minority students in postgraduate STEM programs hinders the economic goal, according to Garces.

“Graduate education programs will need to rise to the challenge and adopt innovative outreach and recruitment practices and adopt admissions criteria to help reverse this trend,” Garces said.