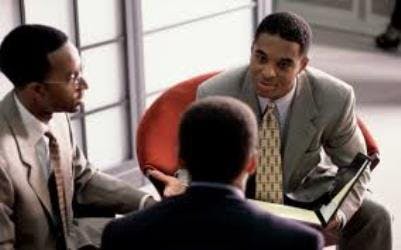 In my decade-plus of working in higher education, I’ve noticed a trend when it comes to minority students: encouraging them to learn skills for jobs with high demand. Health care is a good example. We need more nurses, more certified nursing assistants, more X-ray technicians and so, as a collective group, we push minorities toward these fields.

Science, technology, engineering and math (STEM) are other areas where we are seeing an uptick in the aggressive push to find trained workers to fill openings. U.S. News analysis by Jonathan Rothwell found that advertising for STEM vacancies lasts more than twice as long as other fields and that there are roughly 4 million computer science jobs needed in America and only 400,000 graduates with those skills every year.

So we see that demand and we tell students that’s where they should really focus their learning efforts if they want to be successful, land a job and contribute best to the economy as a whole. It’s not a bad practice from a job security standpoint. Training traditionally disadvantaged students in fields where they will likely find work is a sound principal. In doing this, however, are we neglecting the leadership opportunities where minority workers are so desperately needed?

In the push to fill demand in the already-established workforce, are we forgetting about the leadership and innovation possible with entrepreneurship?

Entrepreneurship in the U.S.

Even though minorities are nearing the majority of the population, minorities head just 14.6 percent of businesses in the United States. Black business owners make up 49.9 percent of that figure and Asians are 29.6 percent. Hispanic business owners are at just 10.3 percent, but are the fastest-growing minority business-owning group, according to the SBA.

Many of these entrepreneurs do not possess MBAs or advanced leadership degrees. They are simply people who have melded their skills and talent into a business model that works. What if those people were given entrepreneurship advantages when they were still in college, but within their own programs? What if, in the case of minorities, those classes were tailored to fit the challenges and needs of a traditionally at-risk population that is underrepresented in business leadership?

Imagine the way those small businesses would look if their owners had just a little boost of support when it came to leadership skills.

What colleges can do

Colleges and universities should not just recruit diverse students for fields that need more workers — they should recruit them for every field. This means taking a few extra steps to get those students in leadership roles, no matter what their desired career, and not just training them to feed a pipeline of vacant jobs. Those steps include to:

Incorporate entrepreneurship in all fields.

Let’s not simply train our students to work for someone else — let’s train them to start and run their own companies. In every field, entrepreneurship classes and paths should be available and students should know what it takes to rise to the top of their fields.

Let’s show our diverse student populations what minority leadership looks like in practice by having higher education spots filled with them. Empower these college leaders to speak to classes on leadership and to be a present face that students relate with on a regular basis.

Not every person is cut out to lead but many may have the traits, but have never been given the opportunity. Colleges should administer leadership tests for all students, or at least those that show promise in their fields. From there, these leaders should be fed into a mentorship program that further builds their skill level.

Our mentality when it comes to educating minority students at the college level needs to shift from one that values necessity to one that envisions a brighter future. That starts by giving more minority students access to leadership skills and fanning the flame of interest.