During his time as a technology consultant at Deloitte and PricewaterhouseCoopers (PwC), Duke University alumnus Aditya Sharma was influenced to create the online platform HiCounselor after he often was approached by students asking for career advice and job referrals.

HiCounselor helps prepare recent graduates and other individuals for the science, technology, engineering and mathematics (STEM) job market by connecting them directly with professionals from their “dream companies” to help with employee referral, interview preparation, information interview, resume rewriting and cover letter advice. 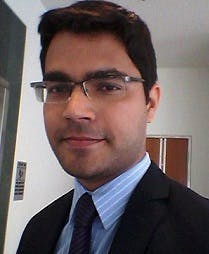 Sharma, whose Duke degree is a master’s in engineering management,  co-founded the company alongside Rani Haroune, who has an MBA from Northwestern University’s Kellogg School of Management.

Dr. Michael Dennin, the vice provost of teaching and learning and the division of undergraduate education dean at the University of California, Irvine, said HiCounselor could be a beneficial resource in providing awareness about STEM jobs for students.

“For many of our students, especially the first in their family to attend college, they do not understand the wide range of professions a STEM degree can lead to,” said Dennin. “Having the ability to access people in a broad set of jobs is a real positive.”

Applicants often struggle when looking for a job because of their lack of knowledge about the company and position as well as having a poor network, according to Sharma.

“In today’s highly competitive job market, it is a difficult task for any job-seeker to obtain a position in their dream company,” said Sharma. “Thousands of candidates apply online every day for a job position, but very few get an interview call. And even those who receive an interview invitation struggle to attend it confidently.”

Dennin has found that when students enter the STEM field following graduation, an employer is expecting rather “general soft skills” than “specific discipline-based knowledge.”

“In most cases, STEM jobs do not align with the content of a particular STEM major. Instead, the company needs a person who has quantitative skills, the ability to apply content knowledge to open-ended, complex problems, teamwork and good communication skills,” said Dennin, who is also a professor of physics and astronomy at the University of Irvine. “The content knowledge itself can generally be learned on the job. Knowing this allows the student to present themselves for the job in the best possible way.”

The professionals working on HiCounselor are representatives from top firms in the country, including Deloitte, PwC, Ernst and Young, KPMG, Adobe Systems, Verizon, Vans and Shutterstock. In addition, the platform’s focus is on product management, software development, data science and technology consulting. However, they are eventually looking to expand the career options.

The development process began in November 2017. Six months later, HiCounselor was launched as a website and an iOS app. This week, HiCounselor became available for Android users.

“My goal is to make job aspirants aware of this platform so that they can network with industry experts in few seconds and avoid painstaking process of job search,” said Sharma. “People should know that there is a platform where they can find an expert working in their dream company who can help them with end-to-end preparation.”