Caleb Anderson, 12, has been accepted to his dream school, the Georgia Institute of Technology, People magazine reported. 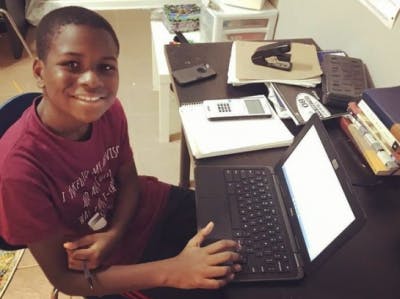 “Caleb Anderson was just 3 when became the youngest Black American male to qualify for MENSA,” Georgia Tech Tweeted. “Now 12, Caleb has been officially accepted to Georgia Tech and will join us on campus this fall to earn a degree in aerospace engineering.”

“I’m a pretty big risk-taker. I’m taking the fast track but it’s going to be very hard,” Anderson said. “That’s what drives me cause I know that if I don’t do this now, this chance is never going to happen again.”

His hope is to get an internship with Tesla and SpaceX founder Elon Musk, he said.

He has made news before for starting his sophomore year at Chattahoochee Technical College to earn a bachelor’s degree in aerospace engineering.