​​“Tech is everywhere,” says Danielle Rose in the midst of a virtual Zoom conference. “There’s no escaping it at this point in time.”

Rose, an East Oakland, California, native with a background in mechanical engineering, is the newest CEO of SMASH, the Summer Math and Science Honors Academy, which aims to remove barriers for disadvantaged students pursuing tech careers.

Rose knows firsthand the difference a familiar network can make for women and students of color. As a child, she was a tinkerer. If something such as a vacuum broke, she liked to figure out why by taking it apart and putting it back together again. Taking this as a cue, her mother enrolled her in a STEM pipeline program, similar to SMASH, called MESA (Mathematics, Engineering, Science Achievement).

With Rose showing high aptitude in mathematics and engineering, the program helped her enroll in the Athenian School, a prestigious boarding and college preparatory school. Her experiences there, however, differed greatly from her experiences in East Oakland’s public schools, which served predominantly Black students from low-income backgrounds. She felt alienated.

“I was far away from my community and definitely not immersed in a community that I was familiar with nor necessarily welcomed in,” she says. That feeling of isolation changed, however, when she enrolled in Spelman College, an historically Black women’s college in Atlanta, and subsequently took part in NASA’s Women in Science Engineering (WISE) program.

“Spelman is where I found myself,” she says. “I found myself in spaces where I was able to connect with other Black women who, while not a monolith, had shared experiences and also shared aspirations.”

“Oftentimes I found myself leaning heavily on the young women that were a part of my cohort in terms of just trying to understand how … to navigate the space,” says Rose.

When navigating the tech world, she says some students feel like they can’t bring their authentic self to the table.

“There are people who feel like they have to assimilate and feel like they should be speaking, acting and doing as the general masses do,” she says. “So, in that regard, you tend to costume yourself in terms of what looks and feels like the general norm. So they might not necessarily be their authentic self for fear of not being accepted, not being seen as a team player or as someone who is a cultural fit.”

That’s why, she says, “one of the core threads” of SMASH is ensuring its students are learning from culturally relevant material that feels connected to the lives and the communities they come from.

With tech interwoven throughout every aspect of our lives, Rose says it’s crucial the sector embraces diversity to prevent biases and discriminatory practices from being “baked into how technology is developed.”

“Every month, you can go through the news and see examples of how tech is not equitable or inclusive, be it from algorithmic bias or facial recognition,” says Rose, who is the first Black woman to serve in the role of CEO at SMASH.

Created 19 years ago at the University of California, Berkeley, the nonprofit is among the oldest STEM programs for students of color in the U.S. and has since been replicated at 10 university sites across the nation.

Unlike other STEM programs that provide one-and-done experiences, Rose says SMASH is unique in that it remains at its students’ sides for years, from when they begin high school to when they land their first professional job outside of college.

“There are organizations that do flash exposure work with young people, so you have like the bootcamp and hackathons, and while that’s great and can help a young person have an understanding of what’s possible, it’s not the long-term, deep investment that’s needed to really ensure our young people pursue the STEM journey,” she says.

The nonprofit offers a suite of three programs for students: SMASH Academy, SMASH Admit and SMASH Rising. After finishing ninth grade, students begin attending SMASH Academy for three summers, immersed in tuition-free, hands-on studies for 4-5 weeks. When their senior year rolls around, those students receive mentorship on applying for colleges and financial aid through the SMASH Admit program. Once in college, those students become part of SMASH Rising, which places teams of alumni into paid internships where they can put their skills to use and gain workplace exposure.

“We take a long-term investment and holistic approach to developing our young people, who are majority low income and first-generation,” says Rose. “And we really work with them to not only just thrive in STEM careers but really use their skills to effectuate change in their communities.”

Through SMASH programming, she hopes students can see how tech is showing up in their communities — whether that’s improving access to clean water or stable internet connections.

“We bring that home to our young people so that they understand their lives, the lives of their families and their community are very much a part of the skills they are building and the problems they are solving. We show them how tech problems are directly related and relevant to the community from which they hail.”

According to Rose, even when they graduate college, they never truly leave the program; they still have a network of “SMASH family” supporting them. 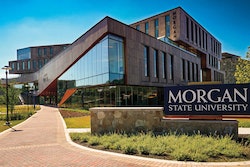 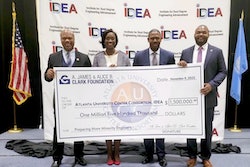 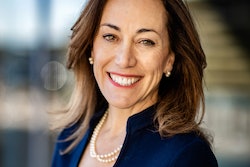 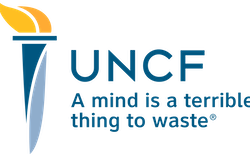 UNCF Partners with Toyota for HBCU STEM and Business Program