Philanthropic funding remains concentrated at the same elite institutions in larger proportions, and there is not enough research on systemic solutions that promote diversity, equity, and inclusion (DEI) in science, technology, engineering and mathematics (STEM). That's the key findings of two new reports released by the Alfred P. Sloan Foundation. The reports, Assessing the Landscape for DEI Efforts in U.S. Stem Graduate Education and Investments in DEI within STEM Higher Education Pathways, found gaps in funding transparency and that more research was being done to identify barriers as opposed to how to remove them at an institutional level. 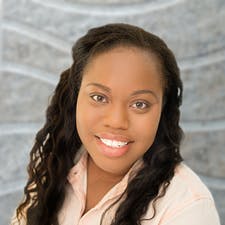 Sloan partnered with Higher Ed Insight (HEI), a research company that uses a DEI lens to asses and implement programs that improve education or workforce outcomes. Dr. Tashera Gale, director of evaluation services at HEI and her research team spent 18 months scouring through databases and performing interviews to find out where and how funding was distributed from private, public, nonprofit, and federal resources. Their results reveal that only 5.8% of all philanthropic giving for STEM higher education was given to underrepresented groups in STEM (people of color, women, the disabled, and different sexual orientations.)

“While this doesn’t mean additional monies weren’t going [towards those groups], it’s just that those priorities weren’t explicit in terms of who the grantees were or who the money went toward,” said Gale.

This lack of transparency by funders about investments is a huge finding, and contributes to the gap in DEI in STEM, said Gale.

“[Companies] will talk about grant-making as an aggregate, but they’re not showing you where those buckets are going,” said Gale. “If you’re saying these are your values, part of your mission and vision, we need to understand if your investment practices are in alignment with those values.”

To better understand the landscape of DEI in graduate STEM fields, Sloan also partnered with Dr. Julie Posselt, an associate professor of higher education at the University of Southern California’s Rossier School of Education. Posselt, along with graduate students Whitney Tang and Kaylan Baxter, performed a systematic review of 228 recently published research manuscripts and 500 abstracts, earmarking any research that had to do with at least three of five subjects: graduate education, STEM, race, gender, and baccalaureate origins.

Of those 228 documents, only eight addressed all five issues; 36 addressed four of the five, and 132 addressed three of the five. Posselt anticipated finding research about broad, institutional efforts. Instead, the vast majority of what’s been written, said Posselt, is focused on individuals or small groups, like programmatic evaluations. Overall, more was written about the barriers to STEM access than proposing solutions on how to manage or reduce them. 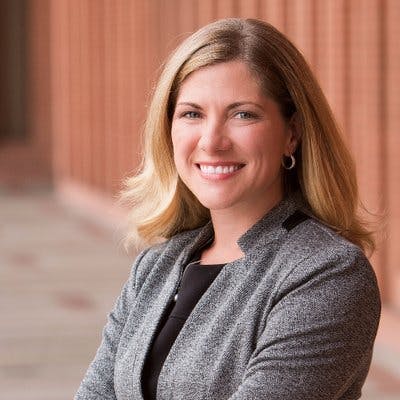 “A systemic change approach is needed long term to create a healthy system,” said Posselt. “Real change is possible. It’s a matter of creativity, partnership, and will. It takes engaging the problems at the level of root causes, not just the symptoms that root causes are reflecting."

Posselt applauded bridge programs like the Fisk-Vanderbilt Masters to Ph.D. Bridge Program in Tennessee as a great way to connect undergraduates to masters and doctoral programs. Posselt said that, in five years, a positive sign of impact would be increased enrollment in doctoral programs among those who attended an MSI.

Graduate communities tend to be insular, wrote Posselt in the report, with each discipline operating within its own silo.

Posselt’s report offers recommendations for graduate research in STEM to examine the behavior of the institution itself and less the individual pathway a student may walk. Doing this can bring graduate communities together as they find commonalities across fields and institutions.

This kind of work is not easy, Gale acknowledged, noting just how difficult it is to make the kinds of systemic, institutional changes that can make real room for progress.

Gale’s research showed that about 44% of all philanthropic giving was given to the same top ten institutions. Consistently funding the same programs over and over again, said Gale, is “almost as if they’re upholding systems of inequity by continuing to only fund particular kinds of institutions.”

The lack of intentionality to fund underrepresented populations “could contribute to the manifestation of inequity,” said Gale.

Gale and her team of researchers offers methods of self-evaluation that all grant makers should be asking themselves. Gale’s team also suggests 14 actionable practices for granters to help with the crucial step of moving from a mere awareness of an issue to an action that will produce a changed outcome.

“No one funder can tackle this [issue] on their own,” said Gale. “Often it’s people of color themselves who are having to fuel and move the work forward. Recognize that it’s overwhelming and difficult for them because they’re experiencing their own inequities. Support and understand that it’s not only the work of those from marginalized communities, everyone has to contribute to make a difference.”